Base metals on the London Metal Exchange (LME) and Shanghai Futures Exchange (ShFE) were mixed as of Tuesday morning as copper sits atop the gainers’ spot while tin lost its previous gains and is currently one of the biggest losers on the chart while tightness on the LME tarries. 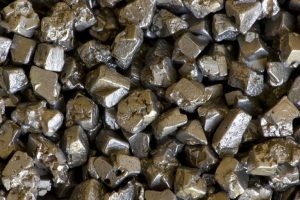 On the Shanghai Futures Exchange, the most-traded base metals contracts were more green than red with April copper enjoying the most gains with a 3.4 per cent jump to stand at 68,320 yuan ($10,557) per tonne. March lead climbed 0.3 per cent, while April aluminium and tin were both 0.2 higher. However, April contracts for zinc were down by 0.3 per cent.

For precious metals, gold prices continued to gather strength after recent downtrends despite stronger bond yields. Meanwhile, it was an opposite result for silver as it lost 0.5 per cent at $28.06 per oz.

The metals, according to analysts, remain generally upbeat on the back of prospects for a nearby Covid-19 recovery.

For copper and tin, the immediate driving forces seem more to do with the supply tightness on exchange as demand continues to surge.

On the other hand, analysts said gold prices are seeing some uplift as a result of the weaker dollar which has also lifted the broader commodity sector higher. However, there are concerns that rising bond yields may upset confidence in equities which could puncture gold’s recovery.