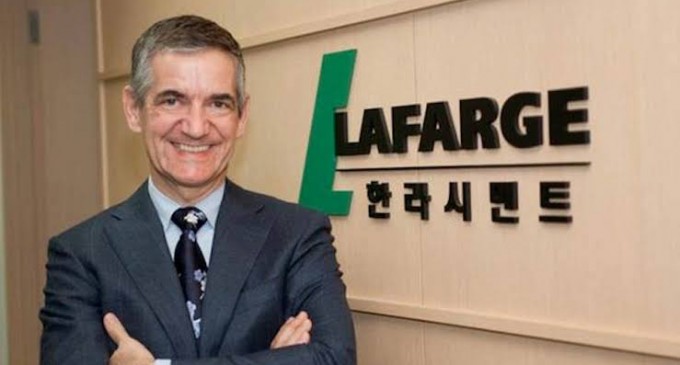 The management of Dangote Cement Plc has announced the appointment of  as the new managing director of the company.

The new MD’s appointment becomes effective on February 1, 2020, a disclosure notice by the company said.

Puchercos’s appointment was made public after he resigned from rival cement company, Lafarge Africa Plc.

The Board of Lafarge Africa had earlier notified the investing public of the resignation of Mr. Puchercos from the company as the Group Managing Director/Chief Executive Officer (GMD/CEO) with effect from January 17, 2020.  Puchercos served the company as an executive director on the board since April 1, 2016.

Lafarge said that during his tenure as the GMD/CEO, Puchercos implemented a successful turnaround plan for the business, addressing the legal, financial and management structure of the company, health and safety improvements and the implementation of new operating processes.

“We wish him the best in his future endeavours,” the company said in a disclosure notice signed by Adewunmi Alode, the general counsel and company secretary.

The board also announced the appointment of Khaled El Dokani as the new group managing director/chief executive officer of Lafarge Africa.

Meanwhile, Puchercos’ resignation from Lafarge Africa may not be unconnected to his move to ‘port’ to rival cement company, Dangote Cement Plc.

The company added, however, that his appointment will be included in its agenda at its next annual general meeting for ratification by the shareholders. This, the company explained, is in accordance with the Companies and Allied Matters act.

Dangote Cement Plc is a Nigerian multinational publicly traded cement manufacturer headquartered in Lagos. The company is engaged in the manufacture, preparation, import, packaging, and distribution of cement and related products in Nigeria and has plants or import terminals in about nine other African countries.

Lafarge on its own is a leading Sub-Saharan Africa building materials company, dealing in cement, aggregates and concrete. It is also listed on the Nigerian Stock Exchange.

Puchercos has over 20 years’ experience working in the cement industry, serving in various capacities at Lafarge. His last appointment was as the group managing director and country CEO of Lafarge AFRICA Plc, also listed on the Nigerian bourse.