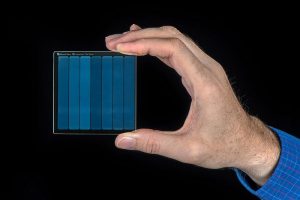 Microsoft is said to be working on multiple projects one of which is the research project, Project Silica. Speaking about the development at the Ignite conference held in the United States today, the Microsoft CEO, Satya Nadella revealed, ”We built this entire system that’s essentially a new cold storage system.”

Microsoft’s new technological invention, glass storage is said to be the solution to the weaknesses of the storage devices used today. Hard-copied photographs eventually fade, tapes get destroyed, CDs, hard drives and flash drives also have their weaknesses and regardless of their strengths, they are not the ideal storage devices to stand the test of time.

One of the challenges to the use of glass and its by-products in creating storage media is its cost complexity. Vicky Colf, Warner Bros. chief technology officer says of the device, “if Project Silica’s storage solution proves to be as cost-effective and as scalable as it could be — and we all recognize it’s still early days — this is something we’d love to see adopted by other studios and our peers and other industries. If it works for us, we firmly believe that this will be a benefit to anyone who wants to preserve and archive content.”

The Project Silica whitepaper was released during the Microsoft event in Orlando, Florida today.

Iraq sees no need for further OPEC output cuts, will support consensus if such need arises