The Jigawa State government has announced its procurement of 11 mining licenses from the Federal Ministry of Steel and Mines and as a result called on interested investors to harness the potentially bountiful mineral resources available in the state. 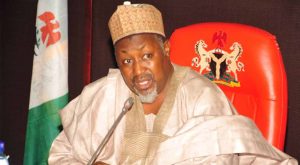 Namadi Umar while speaking at the stakeholders consultation with the federal ministries, departments and agencies (MDAs) organised by the Jigawa State Investment Promotion Agency (InvestJigawa) in Dutse, said the state government is ready to lend support to any interested investor willing to carry out mining business in the state.

Citing the business background of Badaru Abubakar, the state governor, Umar explained that InvestJigawa, an investment platform initiated by the administration is prepared to give concessions to investors coming to invest in the state. He also solicited the support of MDAs to achieve the targeted goals stating that there must be a collaborative effort with all the involved MDAs for the state to achieve its desired objectives.

Umar further stressed that the mining business is capital intensive and includes projects the state government cannot handle solely without engaging in partnership deals with investors.

Furera Isma, director general, InvestJigawa, who also spoke at the event explained that the organisation intends to embark on an intensive investment promotion drive in the coming years for both foreign and domestic investments in the area of processing and manufacturing for export.

Isma maintained that investors have a good chance to invest in the state, noting that it is friendly for investors due to its peaceful environment and stability, with a low risk of insurgency, banditry and other violent crimes.

Jigawa State, located in the north-western region of Nigeria is one of the Nigerian states reputed to have abundant mineral resources that include; copper, tin, iron ore, gold, trona ash and kaolin, many of which are undergoing exploitation.