Organised labour and the federal government again failed to conclude negotiation over consequential adjustment in workers’ salaries as a result of the new minimum wage of N30,000 despite meeting for about nine hours as labour said that there was no declaration of strike yet. 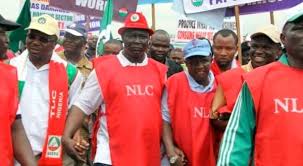 At the end of the meeting, Chris Ngige, the minister of labour and employment, who presided over the meeting, told journalists that specific jobs had been given to some committees that must be submitted before the negotiation could be deemed completed.

He said the meeting would reconvene 7:00 p.m. on Thursday.

Ngige said, “We have agreed on areas hitherto we could not agree on. We are adjourning the meeting. We are giving assignment to people on both sides and they are going to do the work and get back to us.

“We don’t want to make mistake that would be fatal thereby put the whole exercise in jeopardy. We have consensually agreed that we will reconvene this meeting at 7:00 p.m. today. This will enable those that we give assignment to complete them and get back to us. We are okay with the meeting moving on smoothly. It is very cordial. We disagreed on various issues but we have agreed.”

Ayuba Wabba, president of the Nigeria Labour Congress, who was also part of the meeting, said that Nigerians would be given details of the negotiation and concessions made after the rescheduled meeting. He also described as speculation the report that both parties had settled for certain percentage increase in consequential adjustment.

Asked if the strike would begin since the ultimatum issued to the Federal Government elapsed at the close of work on Wednesday, Wabba said since negotiation was still on, it was not in labour practice to disrupt it with such action.

He added, “In collective bargaining, if a meeting is adjourned, you should know that that is not our practice (declaring strike). Our practice is that until we are able to conclude the issues, we will be able to inform them (Nigerians) appropriately, but not midway when we are making progress. We cannot abruptly disrupt the process. At the appropriate time we should be able to give details.”

Wabba said the major issues remaining in the negotiation were percentage increase and implementation by government.

“We cannot speak on the percentage until we finish the negotiation. The matters under consideration are implementation and consequential adjustment. That is mere speculation. We should work on the basis of information that is credible.”

Wednesday’s meeting was indeed an enlarged one on the side of labour, with the president of the Nigeria Labour Congress, Ayuba Wabba, president of the Trade Union Congress, Quadri Olaleye, former TUC president, Bobboi Kaigama, and heads of affiliate workers unions present.