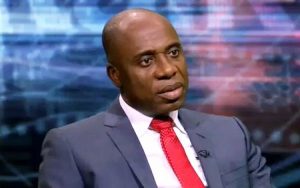 The minister gave the directive while fielding questions from  newsmen after the inspection tour of the completed 157 kilometres Lagos-Ibadan standard gauge rail project that was newly commissioned by President Muhammadu last month. He demanded that the NRC should also intensify efforts on its operations along new the Itakpe-Warri passenger and freight movement operations including the Abuja-Kaduna service.
The minister regretted that the breakdown of operations along the Kaduna-Abuja trains was due to late arrival of spare parts from China. This is even as he revealed that the Lagos-Ibadan trains conveyed 42,000 passengers in the month of June. He disclosed that some spare parts that are being expected for the Lagos-Ibadan trains will be used for the Kaduna-Abuja train locomotives when they arrive.
According to Rotimi Amaechi, “After the last breakdown of the Kaduna-Abuja train, I instructed the Nigerian Railway Corporation (NRC) to rest that particular locomotive. I am surprised that there was a delay related to another breakdown in the early hours of today.
He stated that issue with the break-down of the Kaduna-Abuja train is due to lack of maintenance which is not unconnected to a lack of spare parts from China. “We have written to Mr President on this issue and he has graciously approved the purchase of spare parts for the Lagos-Ibadan trains”.
Very soon he promised, the Chinese people will supply enough spare parts for the Lagos-Ibadan rail. By the time that is done, some of these spare parts for the Kaduna-Abuja trains and hopefully, the issue of incessant breakdown of the trains will be resolved.
“On the Lagos-Ibadan trains, 42,000 passengers were moved in June. We expect the figured to increase in the coming months because if we can move 42,000 in the month that we started, then the figures will increase as more people become aware of the train services between Lagos and Ibadan”.
Reacting to challenges confronting the completion of the train stations, he explained that due to a recent kidnap of some Chinese officials in the Olodo area of Ogun State, the train station there is yet to be completed.
“Most of the stations have been completed except for Olodo which is delayed due to a recent kidnap of some Chinese officials. The contractor has completed most of the communication and signalling work, but we need to observe the project for the next six months to be sure everything is working perfectly as planned”
As of today, I have directed the NRC to scale up the number of trips per day from four to eight,” Rotimi Amaechi added while briefing newsmen in Lagosĺ
“If not, we won’t be able to do the 16 trips-a-day train schedule as planned. The reason we are inspecting is to be sure everything is working as planned. After six months, when we are very sure of what we are seeing, then we can bring in new coaches and locomotives and increase the trips.