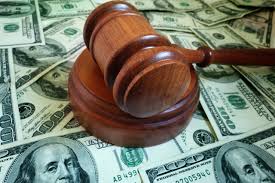 Indications of a tighter monetary policy regime are rife on the backdrop of an expected surge in inflation, according to analysts who say they expect MPC members to maintain a hawkish stance.

On Friday the country’s statistical agency, the National Bureau of Statistics (NBS) announced August inflation rate of 11.23 percent from 11.14 percent in July 2018 the first year-on-year increase in 18 months, thus affirming projections earlier made by economists and financial experts.

Financial analysts from Financial Derivatives Company, FSDH Merchant Bank, Cowry Asset Management, and Invest Data Consulting had projected an increase in the rates of inflation from August onward due to increased election spending, budget allocation and a gradual slowdown in production activities of the economy.

Explaining the implications of a continued increase in the macroeconomic indicator, Uche Uwaleke a professor of finance at Nasarawa State University told business a.m. that what is happening is that the base effects from previous periods are now over.

“The base effect has helped the inflation trend lower for some time now, but it is clear that the reality is dawning on us. Inflation is one major reason the central bank’s monetary policy committee (MPC) has been finding it difficult to lower monetary policy rates and with these current figures, nothing is in the offing to motivate the MPC lowering rates,” Uwaleke said.

Stressing the loss of a possibility of easing monetary policy rate, Uwaleke drew attention to July inflation figures at 11.14 percent, which was considered still high by the MPC, prompting 3 members to vote in favour of raising hikes.

With August rates even higher at 11.23 percent Uwaleke is of the opinion that “More of them will take a hawkish stance and vote for rates to be hiked.”

Revealing more reasons for a hawkish stance by the MPC, the professor noted that the recent appointment of Nigeria’s Central bank Governor as the chairman of the West African Monetary Zone is set to put more pressure on monetary policing of the economy.

According to him, one of the convergence criteria is that the inflation rate in member countries must not be higher than 10 percent or must be a single digit.

“For some time now ours has been trending downwards towards single digit raising a lot of hope, but with rates increasing, this gives cause to worry.”

The professor however suggested solutions to ramp up production especially in the agriculture sector. He said the data from the NBS show core inflation actually dropped, but food inflation increased and from what we see it is was highest in places like Lagos.

He called on government authorities to also seriously look into and tackle the insecurity in the country that is affecting production particularly in the northeast and north central region has to be tackled.

The gross domestic product report recently released shows the agric sector has been on a decline with just 1.19 percent in Q2 2018. In Q1 it was 1.95, in Q4 2017 it was 2.11 so this has also been trending down, showing that the link from declining food production has really affected the economy causing high inflation rate also buoyed by cost-push factors such as high transportation cost and lack of adequate infrastructure.

Commenting on the inflation rate Ambrose Omorodion an economic analyst at Investdata reiterated the importance of the food basket in computing inflation figures.

According to him, the inflation rate on the increase should not be a surprise especially because of the farmers and herders crisis we had in the food producing regions of the country.

Also linking the slow growth of the economy to rising inflation rates, Omorodion said producers have decided to hike prices of goods and services in order to make up for the slow rate of production necessitated by weak economic stimulants.

“Turnover is not much and for them to remain in business one option is for them to jack up prices of goods and services.”

In a referral to budget spending constituting a basis for inflation rate increase, Omorodion was of the opinion that vine reports indicate that government approved projects are not cash-backed, hence the expected impact for economic growth not being felt yet.

He however noted that electioneering spending which would spring up from the primaries expected to kick off this month would impact the economy briefly, but a more sustainable approach towards building infrastructure, providing adequate security should be adopted by the government as this would go a long way in helping citizens to live a better life in the long run.