Adesoji Akinola Oladejo has been appointed by the board of Morrison Industries, a publicly traded pharmaceutical company in Nigeria, as the company’s new managing director. 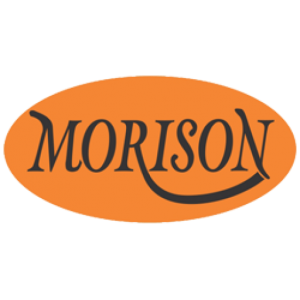 Oladejo is expected to lead the company and drive its expansion ambitions, its expertise and business process.

In a regulatory disclosure signed by Abosede Agbetu, the company secretary, to the Nigerian bourse, the pharmaceutical manufacturer informed its stakeholders and the general public that the appointment followed the resignation of the former acting managing director, Deji Mustapha in December 2020.

According to the company, Oladejo was a business process consultant with Tillbridge Limited, and assumed the position effective January 4, 2021.

Over the years, Oladejo has been involved in the facilitation and refining of business strategies, structures and systems of both private and public organisations. He is a certified project management professional with over twenty-five years of cognate experience in the business consulting, telecommunications and the FMCG industries.

Prior to joining Morrison Industries, Oladejo is described as having built a track record of consistently achieving a measurable improvement in his work performance with the use of trainings, complex to simple problem-solving tools and techniques, infotech and performance management systems, as well as the reorganization of work processes.

He has served at top executive positions at GlaxoSmithKline Nigeria Plc, Bacom Communications, as well as Silk Business Network and Tillbridge Limited.

Morrison’s board, on the appointment of Oladejo as managing director, expressed confidence and optimism in his ability to deliver and help the company drive growth, expansion and business process within the Nigerian pharmaceutical industry.

They also expressed their profound appreciation to the outgoing acting managing director, Deji Mustapha, for his stewardship during his tenure at the helm of affairs in the company.