…says HYPREP only desperate to spend money, not clean-up 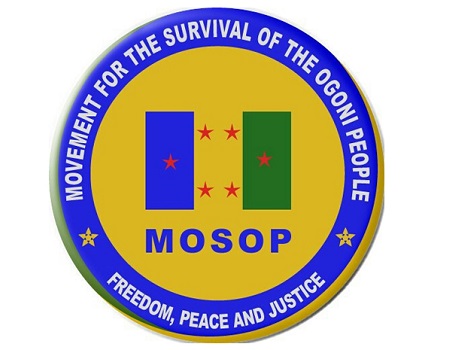 Ogonis, Nigeria’s oil-producing string of communities are up again with lamentations over the impending clean-up of their badly despoiled environment from Shell Petroleum Development Company’s (SPDC) half-a-century oil production in the area. MOSOP, which speaks for Ogonis claims the clean-up of their environment by HYPREP [Hydrocarbon Pollution Remediation Project] “would end up as Nigeria’s biggest scam, if left the way it is presently structured.”

Fegalo Nsuke, the publicity secretary of the Movement for the Survival of the Ogoni People (MOSOP), said in Bori, headquarters of Khana Local Government Area of Rivers State, that HYPREP was rather desperate in spending money than bordered about the integrity of the clean-up process, and the welfare of Ogoni people.

Recently, the Federal Government released $177 million, a tiny first tranche of the $1 billion clean-up cost. The amount was said to have been brought by Shell, a major stakeholder of the clean-up project.

But the money appears to be the source of ongoing deep quarrels among Ogonis. Many locals want their families compensated from the environmental clean-up money – claiming they were equally badly affected. HYPREP is allegedly disposed to cash disbursements.

The agency was set up by the Federal Government to manage the clean-up exercise. But environmentalists well versed with oil-impacted environment issues, said, it (HYPREP) ought to have begun with initial processes – such as establishing an Integrated Soil Management Centre (ISMC) which should take care of the wastes from the clean-up process. But that has not happened yet.

For majority of Ogoni indigenes, they should be awarded contracts in the clean-up project to enable them be part of their communities’ wellbeing.

“It is absurd that HYPREP is desperate to spend money on the clean-up of Ogoni land, just as elections approach, without first putting in place the Integrated Soil Management Center which should take care of the wastes from the clean-up process,” Nsuke said.

He said, “what HYPREP is doing is to desperately find ways that can allow them spend money meant for the clean-up, without concern for the integrity of the process.

“HYPREP is no longer concerned about the fundamental recommendations of the UNEP report, which concerns the Ogoni people, especially the provision of safe drinking water in Ogoni communities as an emergency measure,” he added.

The group also wants removal of Shell from the HYPREP board of trustees; claiming the Anglo Dutch oil giant “is still seen by Ogoni people as an enemy.”