Movement for the Survival of the Ogoni People (MOSOP) said it welcomed President Muhammadu Buhari’s directive for an audit of the Hydrocarbon Pollution Remediation Project (HYPREP). 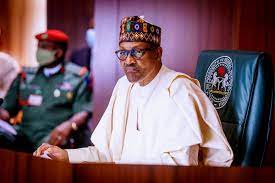 HYPREP is the agency charged with carrying out the Ogoni land clean-up. However, the agency’s activities have come under severe criticisms from many individuals and bodies, including MOSOP.

MOSOP had insisted that massive fraud in excess of $200 million had occurred in the agency. The Ogoni pressure group expressed hopes that the audit will be transparent and conducted with utmost integrity.

In a memo on July 29, President Buhari ordered an audit of HYPREP from its inception to date and approved its reorganization while the agency remains under the management of the Ministry of Environment.

MOSOP said it was more committed to the success of the Ogoni clean-up, but was intolerant of abuses and corruption that had wrecked the process.

Fegalo Nsuke, a factional leader of MOSOP, said though it was awkward to move the supervision of an environmental clean-up exercise from a ministry of environment to a ministry designed to purposely gratify the Niger Delta people, MOSOP was far more interested in the transparency and a strong commitment to the success of the clean-up exercise.

He said if the argument of the Ministry of Niger Delta Affairs were to be taken seriously, then all the road works, healthcare interventions, educational institutions and all federal government intervention in the Niger Delta should have been routed through the ministry. But the actions of the ministry were already showing strong signs of creating internal crises in Ogoni with stories of its links to some impostors who claim to be representing the Ogonis.