Analysts have predicted that members of the Monetary Policy Committee (MPC), which commence their last meeting for 2019 today, will leave the benchmark Monetary Policy Rate (MPR) and other monetary policy tools unchanged to spur economic growth in the fourth quarter of the year. 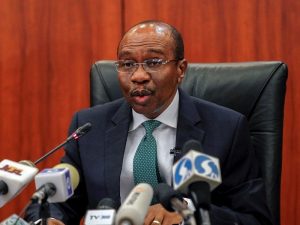 According to them, despite concerns of inflationary pressure and declining external reserves, which ought to have prompted the 12-member committee to take action, the committee members would prefer not to tamper with the monetary policy instruments.

The two-day MPC meeting would be the 270th for the committee.

The country’s gross domestic product (GDP) growth rate increased to 2.28 per cent (year-on-year) in real terms in the third quarter of the year (Q3 2019), compared to 2.12 per cent in the preceding quarter, representing an increase of 0.17 per cent.

According to the GDP Q3 2019 report released at the weekend by the National Bureau of Statistics (NBS), the growth rate in Q3 represented the second highest quarterly rate recorded since 2016.

Similarly, there has been stability in the exchange rate as the naira has continued to trade around the band of N360 to a dollar.

However, the consumer price index, which measures inflation, had risen to 11.61 per cent in October, data previously released by the NBS had shown. The uptick represented an increase of 0.36 percentage points compared to 11.24 per cent recorded in September, and the last time inflation was at 11.61 per cent was in May 2018, when the country was recovering from recession.

On the other hand, latest figures from the Central Bank of Nigeria (CBN) showed that the country’s external reserves have fallen below the $40 billion mark, as it was at $39.954 billion as at last Thursday. The latest value of the reserves showed a year-to-date depreciation by 7.25 per cent or N3.121 billion, compared with the $43.076 billion it was as at January 2, 2019.

Analysts at CSL Stockbrokers pointed out: “Although rising inflation expectations remains a risk, we expect the CBN to remain on hold in the short-term: hiking rates, in recognition of increased upside risks to inflation and mounting external sector pressures would further constraint economic growth; while a rate cut is likely to intensify risks to naira stability resulting, in increased capital outflows.”

Also, in their comment on the expected MPC outcome, analysts at FSDH Merchant Bank noted that the recent increase in inflation rate coupled with inflationary pressures were huge concerns for monetary authorities.

“When compared with the MPR, upward movement in inflation rate narrowed real interest rate margin to +1.9 percentage points in October from +2.5 in August.

“For the 364-day treasury bill, real interest rate margin, which was +3.4 percentage points in January 2019, fell to +0.9 in October, owing to falling interest rates and rising inflation.

“This rules out the likelihood of a reduction in MPR at the November Monetary Policy Committee meeting, especially given the improved 2.3 per cent GDP growth figure in the third quarter 2019,” the analysts at the Lagos-based firm said.

They added that the outlook for inflation remains “bleak, given the continued land border closure, approaching festive season and proposed tax increase in addition to new taxes/charges.”

Also, a former bank chief executive officer,  Chika Mbonu, predicted that the MPC would leave the MPR and other tools unchanged.

“Inflation is ticking up, ordinarily the CBN should increase the MPR to dry up the naira, but the CBN governor has come out to say it is temporary. Reserves have fallen from as high as $45 billion to below $40 billion now. The impact of the border closure cannot be clearly articulated because of the absence of verifiable data,” Mbonu, who is also an Arise Television analyst, added.

Also, Gbenga Sholotan, the head, RMBN Stockbrokers Research,  said the MPR would be retained at 13.5 per cent in spite of concerns of inflation edging higher.