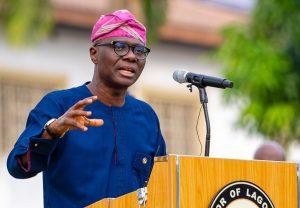 LEAP is part of efforts by the state’s administration led by Governor Babajide Sanwo-Olu to tackle the negative impact the COVID-19 pandemic has had on the nation’s economy and it is being managed by the Lagos State Employment Trust Fund (LSETF).

The LSETF-LEAP is a sector focused intervention programme aimed at upscaling businesses, driving growth, and enabling job creation opportunities across targeted sectors that have been severely affected by the pandemic, as well as provide access to enhanced capacity building, access to market linkages and leverage business expansion opportunities for its beneficiaries.

The identified high-impact sectors with substantial employment creation opportunities include industries such as education, technology, transport and logistics, healthcare, renewable energy and agriculture, which have suffered a downturn, thereby requiring intervention that seeks to protect employment previously created in enterprises in these sectors.

In addition to providing support to the identified sectors, LSETF-LEAP would also offer opportunities for its existing performing loan beneficiaries to renew their facilities; sustain their businesses, save and create new job opportunities.

Teju Abisoye, executive secretary and chief executive officer, Lagos State Employment Trust Fund, said at the launch of the programme that MSMEs are central to the economic growth of any country.

She explained that the programme would enable MSMEs to be the instrument of the economic recovery efforts within the Lagos economy.

According to her, a 2017 report based on a national survey by the Nigerian Bureau of Statistics (NBS) and SMEDAN shows that Nigeria MSMEs contribute about 49.78 percent to the country’s gross domestic product (GDP) and employ about 76.5 percent of the labour force.

Abisoye also said the second quarter report on employment by the NBS also revealed that the unemployment rate increased from 23.1 percent in Q3 2018 to 27.1 percent in Q2, 2020, adding that another report by FATE Foundation, a post-COVID-19 lockdown, on the effect of the pandemic on MSMEs showed that almost 95 percent of MSMEs were severely affected by the restriction of movement and that about 82 percent of these businesses are most likely to lay off staff.

According to her these data are not only alarming but stir an urgency for the implementation of sustainable solutions to help minimise the economic damage on small businesses.

“The unveiling of the LSETF-LEAP seeks to revise this paradigm by transforming Lagos entrepreneurs from pandemic to prosperity with an emphasis on employment protection and job creation,” said Abisoye.

“With Lagos State currently contributing over 30 percent of the national GDP, we must take the lead in reversing a national economic emergency. We are optimistic that these recovery programmes will not only produce accelerated outcomes but also play significant roles in creating jobs, and thus, actualising our government’s quest towards sustainable development of the state,” she added.