The African giant network provider, MTN has clarified the controversy surrounding the end-user billing for financial transactions through USSD channel. 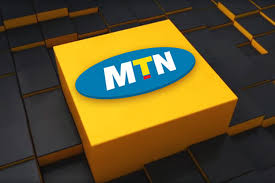 Following the suspension of the initiative by Nigerian Communications Commission (NCC), MTN Nigeria discloses its plans on the USSD controversy.

According to a statement issued by the company, it is ready to engage with stakeholders in the industry in order to find a solution to the matter. MTN clarified that the decision to alert customers through SMS notifications was due to its commitment to transparency as the messages were sent after it received formal requests from individual banks and the Body of Bank CEOs to implement end-user billing.

The network provider went on to assure customers that the planned N4 for 20 seconds of USSD access had been abandoned following consultation with industry stakeholders, customer feedback and media reports.

“They (customers) are the reason we made transparency and simplicity central to the recent drawn-out engagements with the banks over USSD access charges and how they should be applied. “Following consultation with industry stakeholders, customer feedback and media reports related to the message notifying our customers of upcoming changes in our charging model for access to banking services via the USSD channel, we wish to confirm that the new charging model has not gone into effect,” the statement read.

This follows the trading of blames from the banks and the telcos over the USSD charges. The banks CEOs had denied having knowledge of the telcos charging customers for USSD services while the telcos stated that it was the banks that directed them to do so.