The MTN Group, Africa’s largest telecommunication network, is seeking to trade and charter back part of its portfolio of 13,000 telecom towers in South Africa. The move by MTN would see it build on similarly completed transactions in Ghana and Uganda, Ralph Mupita, the group’s new chief executive officer has disclosed. 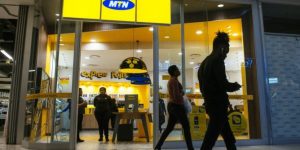 Mupita, who is looking to build on a disposal plan kicked off by his forerunner, said MTN was considering the strategic and financial merits of selling out the towers.

Prior to this time, the South African owned telecom giant began a plan to raise R15 billion (fifteen billion rands) to help it pay down debt and also complete the project it had earlier in 2020 under former CEO Rob Shuter. The company later announced its intentions to exit the Middle East region with discussions underway to sell out its operation in Syria; while it recently recorded R2.3 billion as proceeds from the sale of its minority stake in e-commerce giant Jumia Technologies AG.

In recent months major international wireless carriers have been lining up to sell out tower assets in search of cash, with extra funds required for the repayments of debts to the development of the 5th generation networks.

However, the demand for more masts is on the rise in Africa and the sales are aimed to muddle through with the migration of millions of the younger generation to smartphones usage and faster broadband.

Meanwhile, other potential sales for MTN include its interest in Africa’s biggest tower operator, IHS Holdings Limited. Though, MTN is currently in the process of rolling out 5G services in South Africa and other major markets across the continents, including Nigeria.