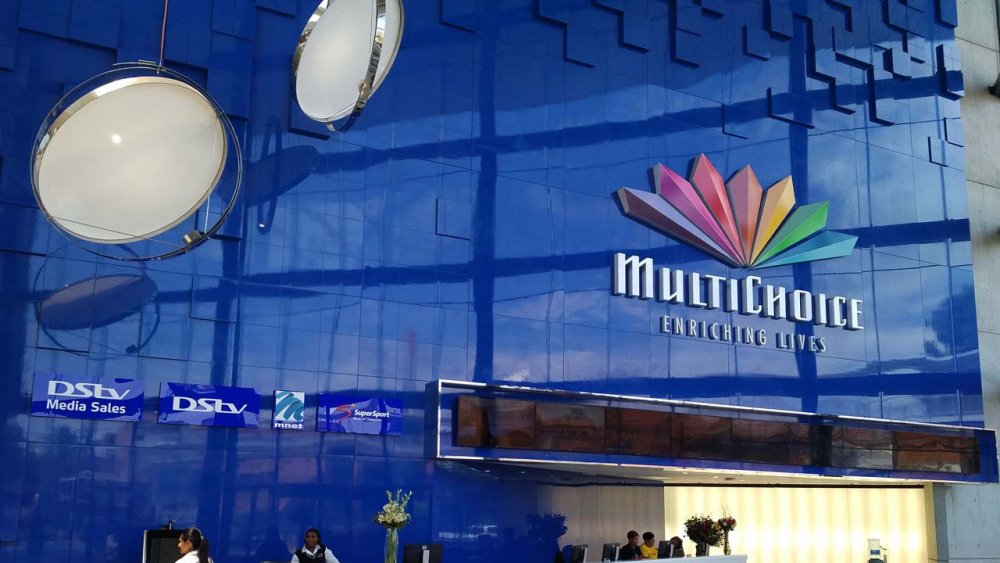 There is an ongoing tussle between South African cable television company operating in Nigeria, MultiChoice, and its subscribers in the country.

The current brawl popped up after the operator of DStv and GoTV announced that on June 1, it would execute the new value added tax rate of 7.5 per cent introduced by the federal government in the Finance Act, which became effective in February this year.

The new VAT rate is one of the measures adopted by the Federal Government to increase revenue from non-oil sources.

When MultiChoice applies the new VAT rate, the various subscription rates paid by subscribers to enjoy digital paid TV services over either GoTV or DStv satellite network will increase automatically.

This, coupled with an age-long lack of trust by the customers in the motives of MultiChoice, especially as it is one among other South African companies always accused of allegedly exploiting the Nigerian market, is fuelling the outburst.

Although MultiChoice Nigeria had explained that the price adjustments it recently announced, which take effect from June 1, is to reflect the increase in the rate of the VAT by 2.5 per cent, from 5 per cent to 7.5 per cent, subscribers have found other explanations to make the company stop the implementation of the new rate.

In a statement issued in Lagos, MultiChoice said it did not start implementing the new VAT rate on February 1 in order to provide relief for its customers, meaning that it absorbed the 2.5 per cent hike by making its products and services available at the old rate of 5 per cent.

The statement read: “We acknowledge that Nigerians are living under increased economic pressure and want to make every naira they spend count.

“We remain committed to providing our customers with value for their naira, while giving them access to the best available content.  DStv and GOtv products and services will be amended to include 7.5 per cent VAT.”

Announcing the new subscription rates, MultiChoice said the adjustment would see DStv premium subscription rate move from N15,800 to N16,200, while GOtv Max price will rise to N3,280 from N3,200.

Analysis of the figures by business a.m. however revealed inflated rates in the price adjustments. For example, the old rate of N15,800 including 5% VAT for DStv premium  shows the original subscription rate, excluding VAT, to be approximately N15,048.

Now that the company is about to raise the VAT from 5 to 7.5 per cent, the value added charges should be N228 from initial N152, and when added to the original subscription rate of N3,048, the new rate should read N3,276 and not N3,280 Multichoice plans to impose come June 1.

According to some subscribers, the inflation of 7.5 per cent VAT application on the top subscription bouquets on DStv and GOtv with excess of N23.4 and N4, respectively, leaves much to be desired.

Aside these inaccuracies, the Association of Telephone, Cable TV and Internet Subscribers in Nigeria (ATCIS) has described the proposed June 1 plan by MultiChoice as insensitive, giving the current dwindling purchasing power of Nigerians as excuse.

“We are currently living in a time when people are losing their jobs in droves, when those who have their personal works are incapacitated. We are in a time when other responsible corporate citizens are looking at ways to reduce the painful effect of Coronavirus on the people.

“Unfortunately, MultiChoice is not seeing all these. All they want is to bring more financial burden to their subscribers. GOtv and DStv have always enjoyed the boom days in Nigeria.  What we need them to understand now is that this is time for them to also make sacrifice,” SinaBilesanmi, president of the association, said.

He further disclosed that the association has paid a visit to the management of MultiChoice to drop a letter, rejecting implementation of 7.5 per cent VAT rate, until the coast is clear for people to regain their purchasing power.

Meanwhile, the current controversy around VAT implementation has exhumed an old clamour by subscribers, who believe they have been exploited by the monthly prepaid model being used by PayTV operators in Nigeria.

Bilesanmi said Nigerians, generally, are being exploited by MultiChoice and its other colleagues in the PayTV market.

Suggesting an alternative model, the association is advocating that pay TV operators in Nigeria should introduce Pay Per View (PPV) model.

Recall that in March, DStv, StarTimes and other cable television service providers in the country were called out by the House of Representatives as the lawmakers accused them of cheating its subscribers by offering prepaid plan rather than the ‘Pay Per View’ subscription plan.

The current monthly subscription plan was criticised by the lawmakers, who then set up an ad-hoc committee to put the subscription plans of the operators under scrutiny, and make them give Nigerians the Pay Per View they have been clamoring for.

Since March, however, the result of the probe by the House’s ad-hoc committee has not been made available and we could not get reactions from the ministry of communications and digital economy and the Nigerian Broadcasting Commission, which are part of the probe.

The Pay-Per-View cable or satellite television system is one in which viewers are charged based on the duration and the kind of programmes they watch on the service.

The clamour is considered necessary by subscribers as Nigeria continues to battle with epileptic electricity supply, making the prepaid or monthly subscription plan not fully utilised by subscribers of DStv, GOtv, StarTimes and others.

This means that for subscribers to fully enjoy their monthly prepaid subscription, they have to spend extra on alternative source of power supply.

Findings showed that the erratic power supply is one of the factors responsible for shallow penetration of cable television in Nigeria.

It was also gathered that the penetration is struggling to surpass two million subscribers in a country with about 200 million people. Also in Nigeria, over $14 million is spent on generator and fuel annually.

Although, in January, a new study by Research and Markets, an online market research platform, showed that Nigeria will contribute 10 million (21.2 per cent) pay television subscribers to Africa’s 47.26 million pay TV market by 2025.

The “Africa Pay TV Forecasts” report provides analysis and forecasts of the market across 35 countries by household penetration, subscribers, revenues and major operators between 2010 and 2025.

The report said Nigeria will overtake South Africa in pay TV subscription in 2020. The 76-page PowerPoint report obtained by business a.m. also shows that African subscriber numbers will increase by 54 per cent from 30.7 million at the end of 2019 to 47.26 million in 2025.

Meanwhile, pay TV revenues are expected to rise by 31 per cent ($1.72 billion) to $7.20 billion in 2025. The implication of these forecasts is that subscriber growth will outstrip revenue increase in Africa.

On the desirability of a new dawn of Pay Per View, subscribers have called on the lawmakers, the Nigerian Broadcasting Commission (NBC), Isa Pantami, minister of communications and digital economy and the Consumer Protection Council (CPC) to rise up and work together to save Nigerians form further extortion.

Bilesanmi of ATCIS further threatened action against MultiChoice, should the company go ahead with the implementation of the adjusted prices.

He said: “The extortion must stop or if not, ATCIs will have no choice than to take the necessary action against such imbalances and exploitation of Nigerians of their hard earned money.

“Should they go ahead despite all our efforts to let them see why they should not implement the price adjustment now, I believe we all know what follows. After consultation is confrontation and when that happens, nobody will be left out of the loop. If MultiChoice cannot ease Nigerians’ pain, it should not add to it,” he stressed.