The federal government has commenced moves to block the over N4.61tn revenue lost to the non-implementation of the import duty exemption certificate portal. 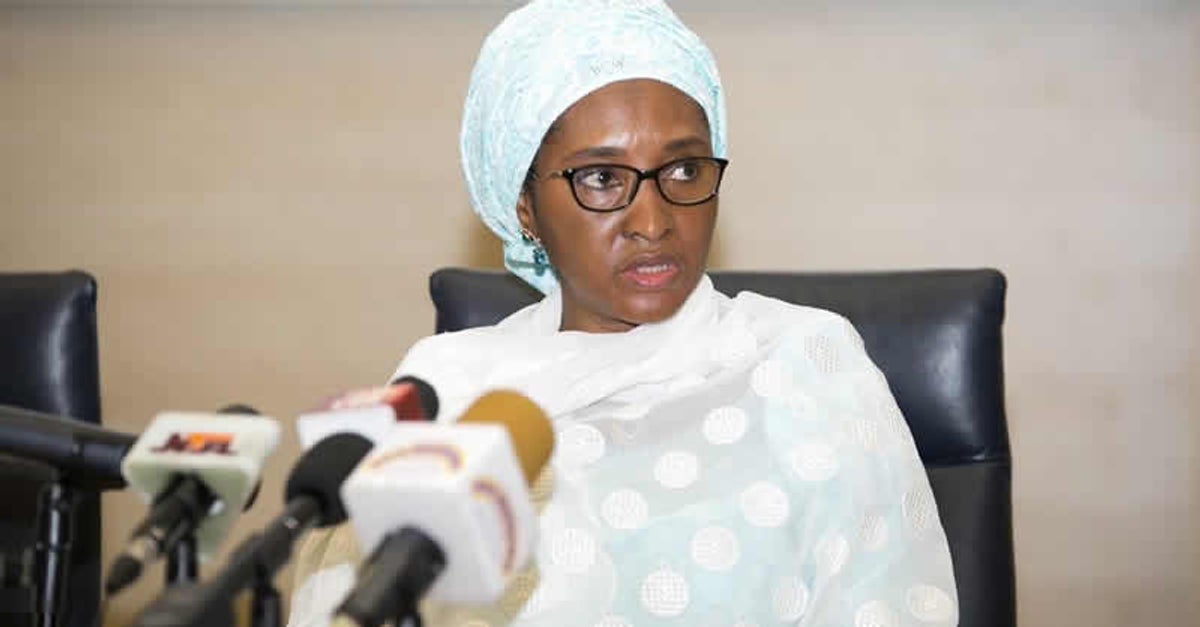 Zainab Ahmed, the minister of finance,  said this when she received the full business case certificate of compliance for the import duty exemption certificate project from the Infrastructure Concession Regulatory Commission.
The certificate, according to a statement from her Media Adviser, Paul Ella, was presented by the director-general of the ICRC, Chidi Izuwah.
Giving a breakdown of the N4.61tn revenue lost to the non-implementation of the IDEC portal project, the statement said the sum of N2.5tn was lost in 2017 while the balance of N2.1tn was lost in the 2018 fiscal period.
The minister in the statement commended the ICRC for issuing the certificate without delay, adding that the ministry of finance would have to get the approval of the Federal Executive Council before the project would go into the Public Private Partnership arrangement.
The IDEC portal project would be implemented under a PPP arrangement with Forecore Technology Solution Limited, as the preferred partner to develop, deploy, manage and transfer for a 10-year concession period.
She urged the ministry to take full advantage of the IDEC portal and put it into full use to enable the Federal Government to get full value for its revenues.
The finance minister noted that over the years, the country had been experiencing a significant drain in revenues due to the inability to adequately control the IDEC processes.
The minister said, “The portal will help us control. It will help us to be able to track and monitor the IDEC that we issue, but also to monitor the performance of the companies that we give this IDEC to and we will also be able to interface the IDEC system with the Nigeria Customs Service.
“It is really a good time for me that this project that I was really particular about is coming into operation.”
Izuwah, according to the statement, noted that IDEC project would enable the country to cut the huge revenue loses caused by manual processes.
He said the revelation by the minister that the non-implementation of the project had caused a revenue loss of N2.5tn in 2017 and N2.1tn in 2018 made the agency to issue the request for the certificate with speed.
Izuwah noted that the ministry of finance under Section 12 of the ICRC Act was required to diligently supervise the project and ensure that the government got value during its implementation.