The N4 billion federal government solar project for the industrial hub in the Kumbotso area of Kano State has taken off, with Kano State government already kick starting payment of compensation to landowners in order to enable a smooth take-off. 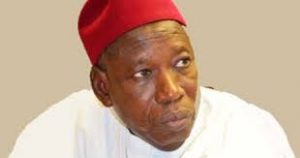 More than 100 beneficiaries were handed N42million as compensation through Jibrilla Mohammed, the project’s contact person in Kano, who also reiterated the state government’s contribution towards the project in the form of providing the necessary facility which also includes the over 43 hectares of land for its establishment.

He explained that the project, upon completion, will be managed by Haske Solar, a company that will be jointly owned by the Federal Government on 80 percent dividends while state and local governments will have 15 percent and five percent respectively.