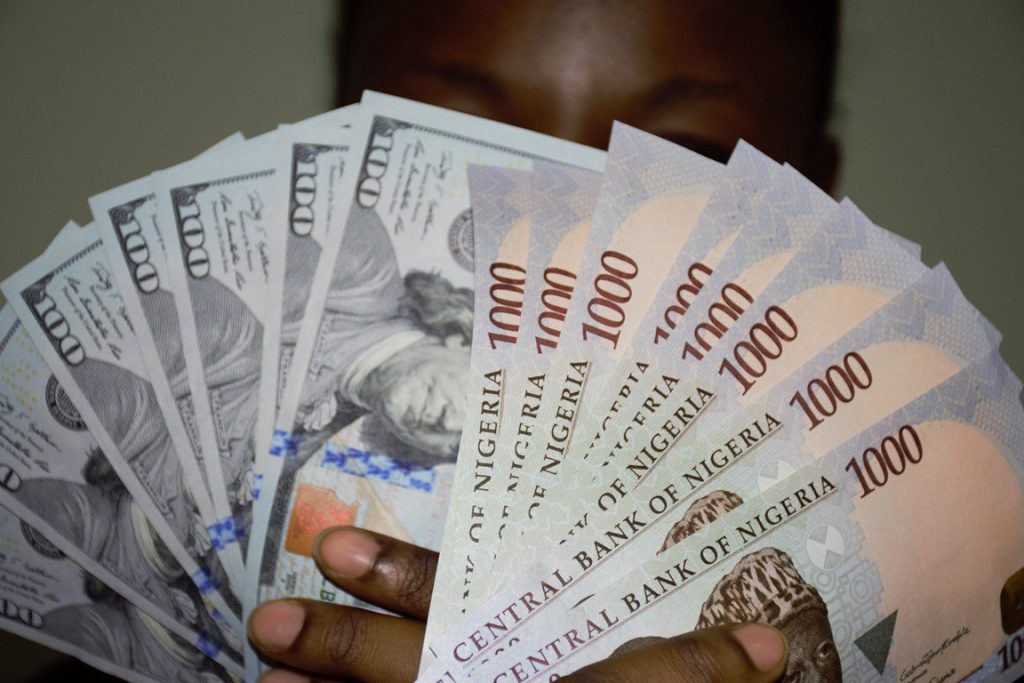 Indications emerged that Nigeria’s foreign exchange market has come under severe pressure leading to significant depreciation of the local currency, Naira, across all market segments.

This comes as the Central Bank of Nigeria, CBN, indicated that it would raise about N513 billion from sales of Nigerian Treasury Bills, NTB, in the second quarter of 2020.

Yesterday the naira suffered its biggest daily depreciation of N8.5 against the USdollar in the parallel market since 2017, as the exchange rate rose sharply to N367 per dollar from N358.5.

Market operators said the development has been triggered by sudden jump in dollar demand as many traders and anticipate foreign exchange scarcity expected to arise from crash in oil price which will mean huge drop in foreign exchange inflow to the economy amidst persistent fall in the nation’s external reserves. These, they believe, would lead to eventual devaluation of the naira.

“The depreciation of the naira in the parallel market is a surprise because the Central Bank of Nigeria (CBN) have been selling dollars to BDCs. They still sold dollars to us today”, said Aminu Gwadabe, President, Association of Bureaux De Change Operators of Nigeria (ABCON).

According to the CBN the NTBs represent  rollover of equal amount of bills that will mature during the period.

The CBN sells two types of Treasury bills, namely, NTB and Open Market Operation (OMO) bills. The NTB is issued to borrow from the public on behalf of the Federal Government while the OMO (Open Market Operations) bills are issued to mop up excess cash from the system.nLast year, the apex bank banned local investors from OMO auction restricting participation to  banks and Foreign Portfolio Investors (FPIs).

The move triggered huge excess demand  for NTBs resulting to crash in the yields on the instrument, with yield on 364-Days NTB crashing to around five percent last  week from around 15 percent in December 2019.

Godwin Emefiele, the governor, Central Bank of Nigeria, has said the bank has blocked the accounts of some smugglers sabotaging Nigeria’s economy in the textile, rice and palm oil industry.