The Central Bank of Nigeria (CBN) has adjusted the exchange rate offered to foreign portfolio investors (FPIs) from N420 to N452 for 5-months futures in the face of dollar scarcity and efforts to stem the free fall of the domestic currency, an indication of a subtle devaluation of the local currency and a gradual move towards the unification of the exchange rates. 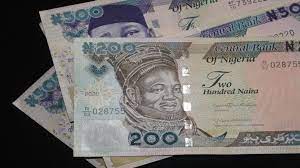 Developments in the currency exchange windows, which have also been noted by research analysts at Coronation Merchant Bank (CMB), show that the spot price of the Naira in the retail secondary market intervention sales (SMIS) has been N443 per dollar since the close of September 2021, but sources have reported that the apex bank devalued exchange rate at interbank foreign exchange market from N380 to N430.

CMB analysts said in a research note that the Importers’ and Exporters’ Foreign Exchange window recorded inflows of $426 million with the CBN accounting for 20.8 percent. Of the total dollar inflow, foreign portfolio investors (FPIs) accounted for 20.6 percent, non-bank corporates accounted for 21.5 percent, and others accounted for 37.2 percent.
They further hinted that the apex bank adjusted the exchange rate it offers to FPI clients from N420 to N452 for the 150-day or 5-month futures while projecting the NAFEX rate to trade in a range of between N412 and N420 to a dollar in the near term.
According to analysts, the new rates would affect how banks bid and offer dollars to customers. Many Nigerian banks recorded foreign exchange gains in the third quarter due to heavy intermediation play following the bureau de change ban in the latter days of July which have also seen the Naira worsen to N580 in the parallel market before it closed lower at around N570 and gradually gained weight in the Importers’ and Exporters’ foreign exchange window, crossing N420 to a dollar before it moderated to N415.
Meanwhile, at the close of trading last week in the Nigerian Autonomous Foreign Exchange Fixing (NAFEX), the rates appreciated 0.19 percent or N0.80 to N415.10 per dollar and in the forwards market, the rates upticked on the 1-month contract by 0.14 percent to N416.07 per dollar and on the 3-month contract by 0.53 percent week on week to N422.22.
Amidst the trending consensus that the local currency is overvalued, experts have noted that the Central Bank is only postponing the inevitable while the gap in the foreign exchange spot rates has created arbitrage opportunities.
However, Coronation Merchant Bank analysts have further noted that in the parallel market, the Naira closed at an average of N568, for which they estimated a 37 percent gap between the NAFEX and parallel market rates.
Businessamlive Website Stats