The National Agricultural Seed Council (NASC) has destroyed imported vegetable seeds worth about N40 million due to importers’ failure to comply with packaging rules and the presentation of false documents or information. 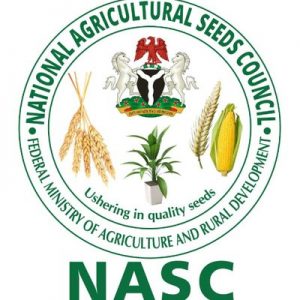 Agboola Adebayo, director of the seed inspectorate department of the council, stated this in Abuja after a sensitisation workshop on compliance for seed companies, organised by the council in Abuja.

“If I want to be conservative, up till date, the vegetable seeds that we have seized and destroyed should be about N30 million to N40 million because they were substandard and did not comply with the packaging rules and some were confiscated because of the false information on the back of the packaging materials.
“The vegetable seeds range from tomato, pepper, onion, melon, carrot, cabbage and others that were imported into this country to be marketed to Nigerian farmers but were not packaged and handled by the law,” he stated.

According to Adebayo, some of the seeds were of good quality but regarded as fake and destroyed because the marketers did not follow due process before being  released  to the market. He added that the products did not possess the SeedCodex issued by the council.
The SeedCodex, he explained, is an electronic verification and authentication system introduced by NASC to confirm the authenticity of vegetable seeds before being used by the farmer.
“Some of these products may be good, they may give farmers the yield they expected but because the importer or the dealer did not follow what the law says in terms of marketing of vegetable seeds in Nigeria, the council still regards such seeds as fake and substandard, and they are not to be sold to Nigerian farmers,” he stated.
Commenting on the relevance of  the workshop, which brought together the regulator and the players in the seed industry, he explained that its purpose was to sensitise the stakeholders about what the law says in vegetable business in Nigeria and to ensure that the players and the regulators stay on the same page for the good of Nigerian farmers.
Philip Ojo, director-general of NASC, had in January 2022, warned farmers against  purchasing seeds and seedlings without SeedCodex.
At the 2022 Quality Seed Enlightenment Programme held  in Ibadan, Oyo State, Ojo described the activities of fake seed peddlers as acts of economic and national sabotage, threatening farmers and marketers that they risked jail terms if they failed to undergo legal process.
Businessamlive Website Stats