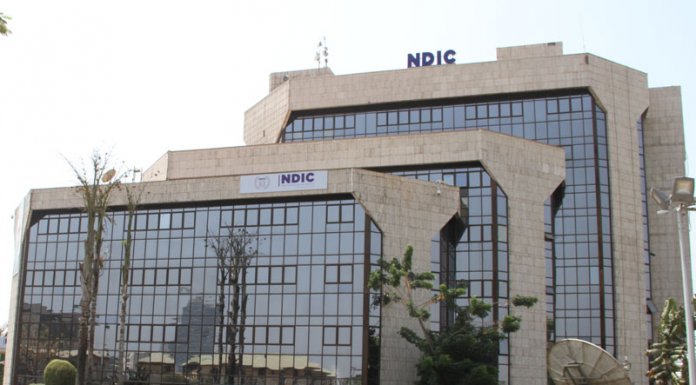 The Nigeria Deposit Insurance Corporation (NDIC) has emerged the best performing Ministerial Servicom Unit (MSU) in the team “C” category for Ministries, Departments and Agencies (MDAs) for the year 2019.

The corporation’s Director, Communication & Public Affairs, Dr. Sunday Oluyemi,  in a release stated that the NDIC, which also won the award in year 2017, received the awards plaques in the office of the Secretary to the Government of the Federation. The Corporation also won the same award in 2017.

Presenting the awards to the corporation on behalf of the Permanent Secretary in the Presidency, Barrister Segun Adekunle, the Director, Staff Welfare, Mr. Yakubu Habu, commended the corporation for its sustained compliance with the SERVICOM index in all its operations and commitment to the provision of excellent service delivery to its numerous stakeholders.

The NDIC, which also received the International Standard Organization (ISO) certifications in three areas, namely Information Security, Business Continuity and Information Services Management from the British Standards Institute (BSI), has the Strategic Vision of becoming “One of the best deposit insurers in the world by 2020.”

The annual awards are conferred on deserving MDAs by the SERVICOM Office of the Presidency.