The Nigeria Deposit Insurance Corporation (NDIC) said it has begun the process of closure and payment of insured sums to verified depositors of 42 microfinance banks following the invalidation of their operating licenses and its decision to shut them down. 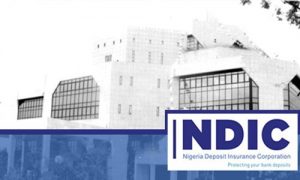 In a statement signed by Nurat Ajigbewu, director, Claims Resolution Department, the NDIC said as from from Monday 21st to Thursday 24th December, 2020, the corporation has requested all depositors of the closed banks to visit the respective banks’ addresses where NDIC officials would be on ground to verify their claims.

In reaching out to the general public, especially depositors of the shut microfinance banks, the NDIC statement read in part, “This is to inform the depositors, creditors, shareholders and the general public that the operating licenses of the under listed 42 Microfinance Banks (MFBs) have been revoked by the Central Bank of Nigeria (CBN) effective from 12th of November, 2020.

“The Nigeria Deposit Insurance Corporation (NDIC), the official liquidator of the banks whose licences were recently revoked, is in the process of closing the listed banks and paying their insured depositors.

“We therefore request that all depositors of these banks should visit the closed banks’ addresses and meet NDIC officials for the verification of their claims, commencing from Monday, 21st December, 2020 till Thursday, 24th December, 2020.”