Global foods company, Nestle SA, the Switzerland majority shareholder in Nestle Nigeria Plc, has aggressively been involved in a share buy-back programme from the Nigerian subsidiary that has seen shares worth over N10 billion bought back within four months, it has emerged. 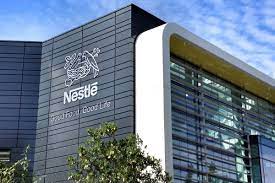 It is understood that the Swiss company embarked on the scheme in consideration that its stocks are undervalued in the stock market. An analysis of the various activities of the company directors on the Nigerian Exchange has shown that Nestle S.A. purchased an additional 7.44 million shares valued at N10.41 billion of Nestle Nigeria within a four-month period, between May 7 and August 19, 2021.
According to the company’s full-year audited annual reports, the Swiss firm had a cumulative 527,080,970 shares, representing 66.50 percent of the ordinary shares of the Nigerian subsidiary. But it started a series of share buybacks on May 7 with the purchase of 29,770 shares at a cost of N1400 per share, and as of Thursday, August 19, 2021, it had bought 7,444,379 volume of shares worth N10.41 billion raising Nestle S.A’s control of the Nigerian subsidiary to 67.43 percent.