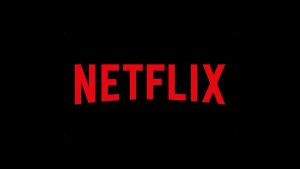 Netflix’s subscriber base has seen impressive growth in recent years, with Statista data showing that  the video streaming giant hit more than 100 million subscribers in the third quarter of 2017. The number of users jumped to nearly 140 million and continued rising by the end of 2018 while in the following year, 2019, 28 million new subscribers embraced Netflix’s services, showing almost the same annual increase as the year before.

With 36.6 million users joining Netflix’s subscriber base, the year 2020 marked the highest year-on-year increase as the company hit more than 200 million subscribers worldwide the same year. But data now show that subscriber growth has been on the decline since then.
Between January and March this year, approximately 4 million people started using Netflix’s services and added 1.5 million paid subscribers worldwide in the following quarter, marking the lowest quarterly gain since second quarter 2013. The company’s latest earnings show that in the first half of 2021, Netflix added 5.5 million subscribers compared to more than 25 million (80 percent decrease year on year) during the same period triggered by the record-breaking growth in 2020.

According to the streaming company, the slowdown revealed that the global pandemic caused the dip in membership growth as many of 36.5 million new subscribers in 2020 might otherwise have signed up this year. However, it added that the pandemic-related production delays also played a huge role, as it resulted in a weakened content slate for the first half of 2021.
Meanwhile, Netflix expects to see subscriber growth rebound again, forecasting net additions of 3.5 million for the third quarter of the year with a content line-up skewed towards the second half of the year.
In the United States and Canada, Netflix had nearly 74 million paying subscribers making North America the company’s largest and the most profitable market in the second quarter of 2021. In the three months ended 30th June, its revenue from the United States and Canada amounted to over $3.2 billion, almost 35 percent more than Europe, the Middle East, and African countries as the second-largest market.
The video streaming giant as of the second quarter of 2021 hit 68.7 million subscribers in the EMEA countries, representing 5.3 million less than in the United States and Canada.
Meanwhile the Asia Pacific (APAC) remains the smallest market for Netflix, though it is the fastest-growing. In the past, the number of countries across the region amounted to roughly half of paying customers in Latin America, but the subscriber base in APAC nearly doubled between early 2019 and 2021, reaching almost 28 million in the second quarter of the year.
Businessamlive Website Stats