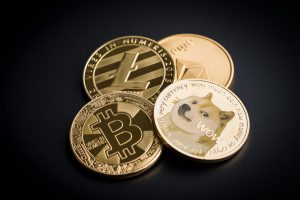 However, as much as the local regulator sees the need for new trading laws, the majority of the local exchanges in the country are very much struggling to meet the new regulatory demand and conditions.

Among the most popular crypto exchanges in the country are Upbit, Bithumb, Korbit, and Coinone. These crypto exchanges are estimated to be amounting to over 90 percent of the total crypto trading volume of South Korea.

Due to the new regulations and trading laws, it is estimated for the cryptocurrency traders to lose more than $2.6 billion as two-thirds of the crypto exchanges are about to be completely wiped out in the country. Known as one of the largest digital currency markets, this could have a massive impact on the local trading market in the country.

According to estimates of local professionals, the mass shutdown of exchanges in the country could also end the so-called kimchi coins, which are very popular alternative digital currencies listed on local exchanges and traded mostly using Korean won. Many experts in the country are saying that regulators might not be able to handle the side-effects that can come with the September 24 deadline.

The main regulatory agency has advised the local exchanges in the country that might have some problems meeting the regulatory conditions to notify their customers and clients of the possible closure by September 17 so that they can have some time to get their funds.

However, some of the local lenders have announced that they might not be ready for such steps, especially because of worries around money laundering and other financial crimes. In the country, only about 20 exchanges have managed to meet some of the regulatory conditions presented by the FSC which include personal information regulations.

However, industry experts announced that the crypto exchanges in the country would still very much struggle for survival, mainly due to the limited size of their businesses.

The President of the Korea Finance Consumer Federation said that there are huge losses expected among investors in the country as many assets are being frozen at small exchanges in the country. As these exchanges are facing so many problems, it is hard to think that their main priority will be customer protection.

As the changes are expected to have a huge impact on the local trading market, many believe that it will also have a huge influence on the global market, especially for the exchanges accepting won trading.

It was also said by industry experts that global exchanges offering won trading received letters from the country’s regulator. It was announced that FSC sent notices to 27 foreign crypto exchanges that offer services to Korean traders.

One of the largest crypto exchanges around the world, Binance, even announced last month that it had suspended its own-to-crypto trading services. The main reason for this was to proactively comply with the local regulations in the country.

This was the first such move from the overseas operator and considering the size of Binance, this decision is quite important. As of today, the Korean won is the third most used currency for bitcoin trading only after the US dollar and euro.

Established in 2017, Binance is easily one of the largest crypto exchanges in the market, offering its services around the world. Offering over 1300 trading pairs, Binance is a perfect place for both manual and automated crypto trading and offers numerous advantages.

As an industry leader, it has played a huge role in the popularization of crypto trading in South Korea. The younger, tech-savvy generation of the country had shown a huge interest in the crypto trading market, with many of them investing in cryptocurrencies.

The recent steps taken by the country’s regulator will very much affect the local trading market. Although it is very hard to tell how big the impact will be, it can already be seen that the regulatory changes will leave many people losing their investments.