Ghana is potentially being set up to raise its tourism revenue to $5 billion by 2022 when a planned makeover and transformation of the Du Bois Museum complex is completed. In 2019 Ghana Tourism said the country raked in $3.31 billion in tourism revenue and this could now go up in 2022, analysts suggest. 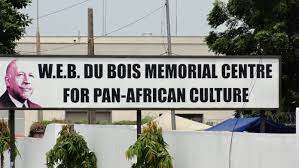 It follows the grant by New York-based international organisation, W.E.B. Du Bois Museum Foundation, to the Ghanaian government, of an authority to transform the current Du Bois Memorial Centre and burial site in Accra into a state-of-the-art museum complex and world-class destination for scholars and heritage tourists.

The approval stems from an official signing of a historic agreement between the Du Bois Foundation and the government of Ghana.
Du Bois, a civil rights pioneer and one of the world’s leading black intellectuals and thinkers, became a citizen of Ghana and resided in the country until his death in 1963.
Du Bois’ vision of a continent of free and independent African nations was a major influence on Ghana’s first president, Kwame Nkrumah.
The historic agreement grants the Du Bois Museum Foundation to construct a multi-million-dollar museum complex to preserve Du Bois’ legacy over a 50-year period.
The complex will be designed by David Adjaye, renowned Ghanaian architect and designer of the Smithsonian Museum of African American History and Culture in Washington, D.C.
The Du Bois Memorial Centre in Accra where Du Bois and his wife, Shirley Graham Du Bois, are buried, opened to the public in 1985, but in recent years had required additional upkeep and maintenance.
The museum complex aims to transform the center and create a living museum that revives the transformative spirit and vision of Du Bois for a unified ancestral home for Africans in the diaspora around the world.
It will serve as a historic memorial site where visitors can honour the life and legacy of Du Bois, connect to their cultural and ancestral roots, and serve as an impetus to inspire solidarity between people of African descent.
President Nana Akufo-Addo of Ghana noted the significance of the agreement in strengthening historical, cultural, and economic ties between Ghana and the United States and diaspora Africans.
Tourism experts are of the view that the museum complex will propel visitor-traffic thereby boosting Ghana’s tourism revenue, which was $3.31 billion in 2019, with a target to reach $5 billion by 2022, according to the Ghana Tourism Association (GTA).
“This agreement will build on the government’s ‘Year of Return’ and ‘Beyond the Return’ campaigns that encourage the return of African diaspora from around the world,” President Akufo-Addo said.
According to Japhet Aryiku, executive director of W.E.B. Du Bois Museum Foundation, the museum complex in Accra will usher in a renewed commitment to building an international treasure and historic memorial honouring the legacy of Du Bois, and fostering unity among the African diaspora through a vibrant cultural and research center.
Aryiku, a Ghanaian American with more than 40 years of experience in corporate America and the philanthropic community, was inspired at a young age by Du Bois’ writings and ideals.
Speakers at the agreement signing include leading political, financial, and cultural leaders from the U.S. and Ghana, including Ibrahim Mohammed Awal, minister for tourism, arts and culture, Ghana; Henry Louis Gates, Jr., Alphonse Fletcher University professor and director, Hutchins Center for African and African American Research at Harvard University; Kwame Anthony Appiah, novelist and professor of philosophy and ethics, New York University and board member, W.E.B Du Bois Museum Foundation; and Daniel Rose, chairman, W.E.B. Du Bois Museum Foundation, philanthropist, and leading real estate developer of several award-winning properties.
The W.E.B Du Bois Museum Foundation is a leading New York-based non-profit organisation dedicated to honouring the life, purpose, and legacy of W.E. B Du Bois. Daniel Rose, a philanthropist and leading real estate developer of major properties, serves as the foundation’s chairman of the board. Harold Doley, Jr. is the foundation’s president.
Businessamlive Website Stats