The aluminium market in the United States has continued to remain structurally short in spite of a series of recently introduced trade policies designed to benefit domestic producers, according to Jean-Baptiste Lucas, a senior executive at Vedanta. 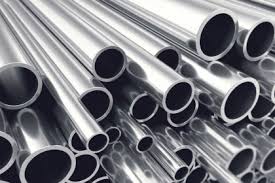 These policies make imports more costly for consumers and also make further retaliatory trade actions possible, he said.
Lucas, the company’s chief sales and marketing officer, in a monitored report said the very small volumes of capacity that are being restarted as a result of the US policies “will be nowhere near what is needed to fill the gap” in aluminium production.
“Imports will continue and (material) will just be more expensive for the end-users. At a modest 3 percent growth in the US billet market, we will need an additional 100,000 tonnes of aluminium billet per year. The US market cannot meet these needs,” he said.
In June, the US implemented Section 232 tariffs against aluminium imports from Canada, Mexico and the EU, adding 10 percent duty on material from those areas. A round of retaliatory tariffs imposed by the affected regions has followed.
Amid the uncertainty, the US Midwest aluminium 6063 extrusion billet upcharge reached an all-time high of 17-19 cents per lb in June, although it has since eased to 15-17 cents per lb.
Similarly, the US Midwest aluminium premium was most recently at 20.75-21.00 cents per lb. This was down from a near-record high of 22-23 cents per lb in early April, when the US announced sanctions against several Russian individuals and companies, including aluminium producer UC Rusal.
Further retaliatory tariffs are “most likely, and the cycle of retaliation could spiral out of control,” Lucas said.
The high premium, combined with a rise in prices on the London Metal Exchange, has facilitated the restart of previously curtailed aluminium production capacity.
However, producers and consumers of aluminium have been applying for exemptions from the US tariffs, although the process is jammed with applications and the outcome is uncertain, Lucas said.
“The exemptions process is very unclear, both in terms of process; it is very lengthy and backlogged; and outcome; UC Rusal was granted an exemption in July and then the decision was reversed in August,” he said.
The reversal of the decision was made after it was determined that Century Aluminum had meant to file an objection to Rusal’s request but had made an error when filing its paperwork.
According to Lucas, the average time for the US government to respond to exemption requests is in excess of 65 days.
“The process is a cumbersome one and, as of late August, no exemptions have been granted since late July. There seems to be no clear way forward concerning the criteria under which exemptions are or are not granted, and all exemptions are being met with heavy push-back from US aluminium producers,” he explained.