The new year will usher in changes in different areas of the economy and one of these would be in telecommunications services provided by telcos such as MTN Nigeria, the largest network in the country, Globacom, Airtel, 9Mobile, among others. 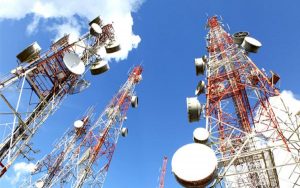 And one aspect of those changes has been made public by the industry regulator, Nigerian Communications Commission (NCC), which has fixed $0.045 as the new international termination rate (ITR) for voice calls with effect from January 1, 2022. This is good news to local telcos in terms of revenue generation.