Newmont Mining Corp said on Monday it would buy smaller rival Goldcorp Inc in a deal worth $10 billion, creating the world’s biggest gold producer in 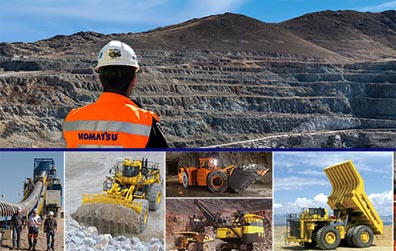 the face of dwindling easy-to-find reserves of the precious metal.

The deal, the second high-profile merger in the mining industry since Barrick Gold Corp agreed to buy Randgold Resources Ltd in September last year, comes as the industry looks for ways to cut costs and increase scale.

“We will have the largest gold reserve and resource base in the world, along with the highest reserves per share in the gold industry,” Newmont Mining Chief Executive Gary Goldberg said on a conference call with analysts.

The deal could also spark a wider consolidation in the industry, where too many gold companies are chasing too few assets, Michael Siperco from Macquarie Research said. He did not specify which companies are most likely to follow suit.

The new company, to be called Newmont Goldcorp, is set to overtake current leader Barrick Gold’s annual production and will have mines in the Americas, Australia and Ghana.

Vancouver-based Goldcorp’s Toronto-listed shares rose 9 percent to C$14.0 on the Toronto exchange in morning trade. Newmont Mining’s shares were down about 7 percent at $32.47 in New York.

The new company will be led by Newmont’s Goldberg. He will retire at the end of 2019 and Tom Palmer, Newmont’s chief operating officer, will then take over as the CEO, the companies said.

Denver, Colorado-based Newmont will also sell $1 billion to $1.5 billion worth of assets over the next two years as part of the deal, mirroring a similar move by Barrick when it announced the Rangold acquisition.

After the deal the new company expects to produce 6-7 million ounces of gold annually over the next 10 years and beyond. Barrick has forecast 2018 total gold production in the range of 4.5 million to 5 million ounces.

Newmont will offer 0.3280 of its share and $0.02 for each Goldcorp share. Based on Newmont’s Friday close, that translates to $11.46 per share, a premium of about 18 percent to Goldcorp’s Friday close on the New York Stock Exchange.

The deal is scheduled to close in the second quarter and is expected to generate up to $100 million in savings, the company said.

Newmont’s premium for Goldcorp still remains below premiums paid in the last decade for gold deals, Credit Suisse analysts said in a note.

Barrick bought Randgold in an all-stock deal valuing the Africa-focused miner at $6.5 billion.