Directors of Newrest ASL Nigeria, an airline catering company, on Thursday released its Deloitte audited account for the full year ended December 31, 2018, with a 20 kobo dividend recommendation payable to shareholders upon their approval at the company’s next annual general meeting (AGM). 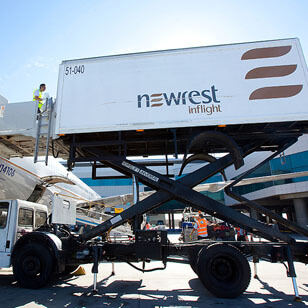 The results filed with the Nigerian Stock Exchange (NSE) showed that the net profit of the group from which dividend was declared grew 247 percent to N1.5 billion from N428.4 million declared in the same period of 2017.
Shareholders are thus expected to give assent to the dividend payment at the company’s annual general meeting scheduled for Thursday, May 16, 2019.
The company noted that qualification date for the dividend is April 26, closure of register for the purpose of payment is from April 29 to May 3, and payment date is May 17.
A break down of the results show that revenue for the period rose by 38 percent to N5.4 billion, from N3.9 billion in the previous full-year, cost of sales increased to N1.9 billion from N1.3 billion; leaving gross profit at N3.6 billion, up from N2.6 billion in 2017.
Administrative expenses increased to N2.26 billion from N2.084 billion, as salaries and wages accounting for the highest share with N715.2 million from N618.1 million recorded in 2017.
Investment income for the period rose slightly to N48.168 million from N46.91 million and other operating income from N308.66 million to N480.895 million; just as “other gains” climbed significantly to N397.482 million, compared to N88.806 million; resulting in profit before tax of N1.509 billionn, up by 285 percent from the prior year’s N392.015 million.

Nigeria: Too cheap to ignore