Warning: Declaration of SlideshowErrorHandler::log_error($num, $str, $file, $line, $context = NULL) should be compatible with GalleryPlugin::log_error($error = NULL) in /home/elglo/public_html/businessamlive.com/wp-content/plugins/slideshow-gallery/includes/errorhandler.php on line 0
 NIBBS data show Nigerian banks cleared cheques with value of N246.62bn in May – Businessamlive
The latest set of data released by the Nigerian Interbank Settlement System (NIBSS) Plc, has shown that cheques valued at N246.62 billion were cleared by Nigeria’s deposit money banks (DMBs) in the month of May. The figure is N2.92 billion ahead of the N243.7 billion cleared by the DMBs in the previous month of April. 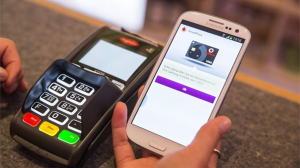 According to the NIBBS data, the total volume of transactions carried out through cheques rose by 20, 900 to 339.67 million in April 2021. Also, the data revealed that the value of the cheques cleared in May 2021 at N246.62 billion is N68.50 billion more than the N178.12 billion cleared in the same period a year ago. However, with the exception of the previous months’ performance where it declined to N103 billion, the value of cheque transactions sustained an upward trajectory in the first three months of 2021 as the data shows that from N248.21 billion in January, the value of cheque transactions rose to N277.45 billion and N317.18 billion in February and March, respectively.

A further analysis of the data showed that the value of cheque transactions maintained an upward trend to hit N283.55 billion in September last year resulting from the COVID-19-induced shutdown of the economy.
A historical analysis of the data shows that the value of cheque transactions has steadily dropped in the last five years, falling from N471 billion in May 2017 to N446.44 billion a year later with a further decline to N401.76 billion in 2019 before it plunged o N178.12 billion in 2020. Thus, the increase recorded in May could be termed a marginal surge.

The NIBSS, in its accompanying commentary on the decline, said, “globally, as the market share of cheques declines in the wake of increased adoption of contactless and real-time payments, a duopoly may likely develop in the non-cash market with cards and credit transfer (instant payments) dominating across most geographies.
“In Nigeria, cheque transactions have continued on a downward spiral from its peak volume of 15.3 million in 2014 to nine million in 2018. This is a -10 per cent CAGR over the five-year period; with a growth rate of -17 percent when compared to 2017. Although the volume of cheque transactions is decreasing, it is fair to say that its use is still relevant, especially amongst larger value transactions, bill payments, and payroll transactions,” it noted.
Nigeria had in April this year began the implementation of the Nigeria Cheque Standard (NCS) and Nigeria Cheque Printers Accreditation Scheme (NICPAS) Version 2, after the country’s central bank (CBN) issued a directive to Nigerian deposit money banks on the commencement.

Telcos to Banks: Pay USSD debt or be disconnected