Not a few Nigerians were thrown into shock and utter disbelief about two weeks ago when the Council of State rose from its meeting in Abuja and announced one of its decisions at the parley: plans to hold a national census in the country in April 2023. This will be a month after the general elections scheduled for February and March, 2023 by the Independent National Electoral Commission (INEC). The director general of National Population Commission (NPC), Nasir Isa-Kwarra, who announced the planned headcount after the Council of State meeting presided over by President Muhammadu Buhari, noted that the NPC would hold a pilot census in June 2022, after the primaries by political parties. 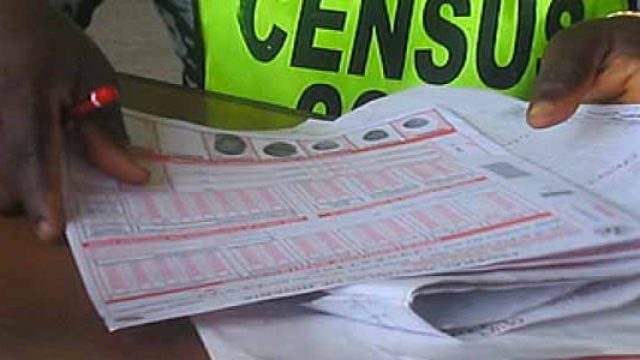 Ordinarily, Nigeria is ‘overdue’ to have another national census, having had the last one some sixteen years ago under the former President Olusegun Obasanjo Administration in 2006. A national census is expected to be held at least once in every ten years; but the necessary socio-political and economic environment has to be in place for any credible headcount. Today, in Nigeria, terrorists are really terrorizing the country; bandits are practically everywhere; kidnapping and abduction (and ransom payment) is the order of the day; social upheavals and dominance of non-state actors constitute palpable threat to life and livelihoods.

The country is, in all honesty, getting overwhelmed with the fallout of this state of affairs, including the geometric rise in the number of internally displaced persons (IDPs) who are languishing in numerous makeshift camps across the country; with many others as refugees in neighbouring countries. There are huge daily casualties and territorial ‘loss’ to criminals and brigands in many ‘war theatres’ across the land. According to the ‘Round 37 Report’ in August 2021, by the International Organisation for Migration (IOM), a total of 2.2 million persons (IDPs) were identified in about half-a-million households in the six states in Nigeria’s north-east geopolitical zone. ‘Round 36 Report’ by IOM in 2020 showed that Nigeria had the third highest number of IDPs in Africa—with about 2.8 million persons. In the last one year or so, this gory situation in the north-east has been replicated in the north-west, north-central and other locations in the country in worse dimensions. The social dislocations and economic costs of running these IDPs and prosecuting the ‘war’ on countless fronts are better imagined.

Apart from this lingering ‘war’ and its fast and wide spreading calamities, it borders on stating the obvious to say that the Nigerian economy is in dire straits. Practically all development indices are moving in the wrong direction: public debt and borrowing have risen to unprecedented levels; poverty is spreading like wildfire; consumer purchasing power is plunging just as inflation rate sustains high double digit position. Insecurity in the land has virtually put both foreign and local investors on the run—leading to the drying up of both foreign direct investments (FDIs) and foreign portfolio investments (FPIs). The minister of industry, trade and investment, Mr Adeniyi Adebayo lamented this trend recently when he accused other African countries of luring away Nigeria-based companies (with various incentives) to their domains. But who is attracted to (or thrives in) a harsh environment?

Yet, this is the place and time the Muhammadu Buhari

Administration is choosing to organise a national census—barely a month to the end of its eight-year tenure in May 2023! No doubt, the critical importance of a national census in the overall development process cannot be overemphasised. Most nations of the world (including Nigeria) consider the national census exercise very important because, apart from being one of the indices of modern society, a population census provides comprehensive demographic data on which to base development planning. Unfortunately, previous population censuses in Nigeria have always ended in recrimination and controversy. Even the much applauded 1991 census, adjudged to have been the best so far in the country, led to numerous court cases throughout the federation. The outcome of the 2006 exercise is also widely excoriated and spurned.

Over the years, one of the key problems facing headcounts in Nigeria has been the perception that census figures are used as weapons of hegemony in terms of the advantages they confer on political representation and revenue sharing. Thus, some states and local governments see the census as politics by other means. Perceived unevenness in states and local governments’ creation in the country has not helped matters, as many geopolitical zones feel short-changed based on largely flawed demographic data. This perceived lopsidedness has continued to pit certain sections or ethnic nationalities against the others, with claims and counter-claims of population/numerical superiority.

Today, more than ever before, when tribalism, ethnicity, nepotism, favouritism and other clannish tendencies are at play in the dispensing of ‘democracy dividends’, many sections and groups in the country are crying ‘marginalisation’. Incidentally, the dominating groups cling onto the advantages conferred on them by the discredited and/or rejected census figures of the past. And which is why most regions/tribes are receiving the news of the planned census, a month after a general election and one month to the end of President Buhari’s eight-year tenure, with trepidation and suspicion.

In Nigeria, as of today, governance and leadership seem kept in abeyance, as only partisan politics and electioneering are on the front burner in the polity. Since the dawn of 2022, the run up to the conventions of political parties: selection of party leadership; organisation of national conventions to choose candidates from the crowd of aspirants (especially in the two major political parties), as well as the controversies generated by the amended Electoral Act, have all heated up the polity. And in the months ahead, the tension could get worse as electioneering and campaigns by presidential and other candidates go full blast. All these will be going on in the ‘war’ situation where candidates of political parties usually take those of other parties as opponents that ‘could be eliminated’.

In this melee, it is also not unlikely that thuggery, use of mercenaries and other hirelings in the political contests will heighten, thus, wittingly creating ‘jobs’ for the jobless ‘multitude’ of miscreants and street urchins. Obviously, this ineluctable scenario will worsen the ‘war’ situation in the country.

The sequel to all these could be the bedlam and turmoil that is usually the aftermath of elections in the country (court cases and petitions to tribunals) at all levels. This inevitable spill-over effect will most likely linger into the proposed month of the national headcount (in April 2023). And as the census season draws nearer, where is the guarantee for the safety and security of the enumerators and their logistics? What of the millions of people scattered in numerous IDPs across the country? What becomes of the millions of Nigerians who ran into neighbouring countries (as refugees)? How about various locations said to be already held/occupied by groups of assortment of terrorists (with many Nigerians under their fiefdom)?

In the face of all these, a more serious question mark on the census plan is the precarious fiscal position of the government: a huge and rising deficit and ballooning public debt. The country is already in a fiscal fix. As an entity, Nigeria is very ‘highly geared’; and it will be too adventurous for the present administration to embark on an important but costly exercise like a census during its twilight. Moreover, if most censuses organised over the years in peaceful times had almost all been marred by criticisms and controversies, what gives hope that the current horrific situation in Nigeria would make for a successful and acceptable headcount?