As the need to deepen broadband penetration in Nigeria presses on, operators of commercial satellite have sighted the opportunity to come in and provide broadband access in the country. 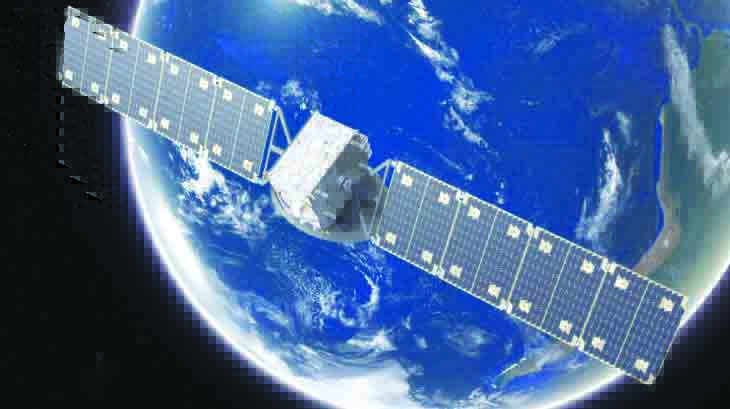 Just last week, Viasat, a commercial satellite operator, visited the Nigerian Communications Commission (NCC) to give an update on its readiness to deploy satellite broadband services in Nigeria.

Recall that Nigeria has set for itself the goal of a digital economy anchored more importantly on pervasive internet connectivity across the country.

Even with no specific date of when the country’ economy should have become fully transformed digitally; the government is seizing every option to drive digital transformation, an agenda spearheaded by the federal ministry of communications and digital economy.

Commercial satellite operators have just come in handy at the time when broadband is highly needed to digitize operations across various sectors of the country.

Viasat team, who visited the commission last week, was received by Nwalunne, director, spectrum administration at NCC, on behalf of Umaru Danbatta, the executive vice chairman of the commission sequel to an earlier meeting with the EVC on March 4, 2019.

It was then that Viasat discussed its plans to get regulatory supports for entry into the commercial satellite communications market in Nigeria.

Last week, Viasat sought the commission’s encouragement and approval to reserve and use the 28 GHz KA frequency band in the country to provide cost-effective Internet connectivity and high throughput satellite connectivity through its incorporated Nigerian subsidiary, Viasat Nigeria.

The company also informed the NCC of its plan to conduct a Proof of Concept (PoC) test in Abuja in 2020; and thereafter, Viasat plans to roll out in a community, and subsequently extend the services across a state and then proceed to extend its broadband satellite services nationwide by 2022.

The Viasat’s GTH satellite services is targeting homes, governments, schools as well as micro, small and medium enterprises (MSMEs), among others.

The company expressed confidence that its services will be beneficial to unserved and underserved areas of Nigeria.

Recall just recently, the NCC boss disclosed that more that 35 million people are totally disconnected from telecoms services in the country while several other millions especially those in the rural areas are underserved with broadband connectivity

Viasat said it added that it had, over the years, invested over $2.2 billion globally on geostationary satellite services, with footprint in the Nigerian space towards bridging extant digital divide in the country.

In line with the relevant provisions of the Nigerian Communications Act (NCA), 2003, the NCC in 2019, regularized the activities of all commercial satellite operators including space station operators and earth station operators.

The landing permit, which was the first of its kind in satellite communications in Nigeria, implies authorisation that allows operators to beam its signal over the territorial integrity of a country.

Chief Regulatory Officer of Avanti, Ann Vandenbroucke, stated during the granting of the permit by the Commission that the deployment of the satellite would enable immediate broadband access and faster internet services to Nigerians, saying the permit was a big step forward for Nigeria and its economy.

Industry experts expect more licensees to roll out satellite internet access at cheap rate to facilitate broad band access that will fuel the digital economy agenda of the federal government.