Reaping from a successful strategy six Nigerian banks generated the sum of N675.9bn as non-interest income in the first nine months of the year, an increase of about 12 per cent from N606 billion generated by the banks in the same period last year. 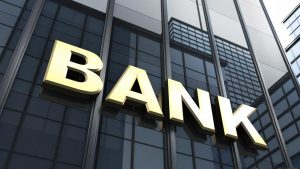 Of the six banks , United Bank for Africa Plc generated the highest in terms of percentage increase while Ecobank Transnational Incorporated hit record high in terms of value generated in the period under review.

From the bank’s unaudited financial statements for nine months ended September 30, 2019, UBA generated N107.08bn in non-interest income, an increase of 22 per cent from N87.7bn in the similar period of 2018.

Uzoka said, “UBA remains committed to its vision of becoming the undisputed leading and dominant financial services institution in Africa.

“We will continue to innovate and lead in all our business segments, whilst delivering top-notch operational efficiencies and best-in-class customer service.”

Adesola Adeduntan,, the chief executive officer of First Bank and subsidiaries, in a statement, had explained that the bank remained focused on transforming its business to a leading transaction-led institution.

Adeduntan explained, “This has positively impacted non-interest income even as we continue to ramp up customer acquisition and retention through improved offerings from agents, digital, trade and transaction banking products.

“We are also focused on further enhancing overall revenue generation capabilities with the aim of increasing share of the customers’ wallets.”