The equities market surged Wednesday, building on its sharp gains from the two previous sessions this week, as buying interests in bellwetherstocks drove the benchmark index up by 1.9 per cent to close at 33,268.36 points on the back of gains in MTN (+2.4%), Nigerian Breweries (+9.5%) and BUA Cement (+2.4%). Consequently, investors gained N324.6 billion as market capitalisation rose to N17.4 trillion while the year to date return improved to 23.9 per cent. 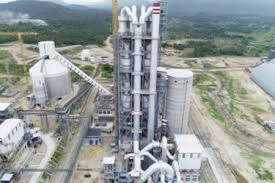 The NSE 30 Index increased by 2.00 per cent to close at 1,448.22 points as against 1,419.76 points posted the previous day. Market turnover closed with a traded volume of 534.76 million units. Guinness and Sterling were the key gainers, while Stanbic IBTC was the only loser.

Despite the CBN’s continuing to maintain its hold as net foreign exchange (FX) supplier to the tune of $259 million in the I&E FX market, following an increase in outflows by 22 per cent to $896 million, the naira depreciated by N1.00 to settle at N466 per dollar on the street FX market compared to its previous close of N465/$. Similarly, at the I&E FX market, the domestic currency depreciated by 0.04 per cent as the dollar was quoted at N385.83 as against the last close of N385.67. Most participants maintained bids of between N380.00 and N393.57 per dollar.

Positive sentiment prevailed in the T-bills market, Wednesday, as buying interests at the mid and long end of the curve drove yields down by 5 basis points to close at 0.46 per cent from 0.51 per cent on the previous day. Average yields across medium-term and long-term maturities compressed by 1 basis point and 10 basis points, respectively, while the average yield across short-term maturities closed flat at 0.36 per cent. Maximum buying interest was witnessed in the NTB 28-Oct-21 (-19 bps), NTB 16-Sep-21 (-16 bps), and NTB 9-Sep-21 (-15 bps) maturity bills.

Bullish sentiment permeated the OMO market as bargain hunting dominated the short end of the curve. Consequently, the average yield across the curve declined by 4 basis points to close at 0.21 per cent as against the last close of 0.25 per cent. Buying interest was seen across short-term maturities with the average yield falling by 9 basis points. However, average yields across medium-term and long-term maturities remained unchanged at 0.23 per cent and 0.27 per cent, respectively. Yields on 6 bills compressed with the 2-Feb-21 maturity bill recording the highest yield decline of 26 basis points, while yields on 19 bills remained unchanged.