The 60 percent local content of the brewer’s needs would come from sorghum, food grade starch and related materials.

Patrick Olowookere, Corporate Communications and Brand Public Relations Manager at NB, who confirmed this in Ibadan Wednesday, said the development would mark a three-percent improvement since the company currently sources 57 percent of its input locally.

“By 2020, Nigerian Breweries would have finalised plans to increase its sourcing of raw materials from 57 to 60 per cent, the margin is small but apt,” Olowookere said, adding that it is partnering local companies in the likes of Psaltry International Company Limited in the effort.

Read also: As in India, Tanzania, Etisalat UAE’s walk may be permanent

The company said it wants to improve local content through its Sorghum Value Chain Project, Cassava Project and at present sources almost 100 percent of its packaging materials locally. 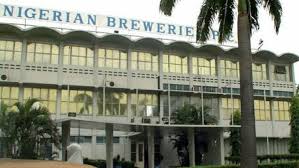 The announcement comes as members of the House of Representatives’ Committee on Local Content emphasized that they will extend the Local Content Act, a law that will see companies embrace an import substitution strategy, to other sector by the end of 2017.

Nigeria Breweries has signed an MoU with a Nigerian Company, Psaltry International Company Limited and a Dutch NGO, 2SCALE, to facilitate expansion of cassava-based inputs thereby strengthening the participation of smallholder farmers in the local economy. It also signed an MoU with the Federal Ministry of Agriculture and Rural Development on sorghum development in Nigeria.

In the same vein, other manufacturers in the food and beverages industry including Nestlé, and Floor Mills of Nigeria have embraced various degrees of import substitution as a recession in Nigeria means that manufactures have to spend less to earn more.