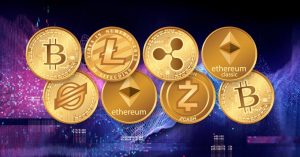 In a circular, the apex bank cautioned banks, other financial and non-financial institutions and the general public on the risks associated with transactions in cryptocurrency and said they are prohibited from dealing in it.

Kelvin Amugo, CBN’s director of financial policy and regulation department, who signed the circular, seen by Business A.M., referred to its earliest issued circular to all deposit money banks, non-financial institutions and other financial institutions in 2017, directing them to identify individuals transacting or operating the cryptocurrency exchange within their systems and also have the accounts of such individual closed with immediate effect.

In 2017 the CBN had issued a circular on virtual currency operations in Nigeria, stating that transactions in the currency, such as crypto, are largely untraceable and anonymous, and as such are susceptible to abuse by criminals, especially in money laundering and financing of terrorism.

In this current circular the CBN has reiterated that virtual currencies such as Ripples, Bitcoin, Monero, Litecoin, Dogecoin, Onecoin, among others, stand as one, and as such, are not legal tenders in Nigeria.

However, several financial institutions around the world are on the route to adopting the use of virtual or digital currencies. Also, major e-commerce platforms and challenger banks, are beginning to adopt digitalized payment systems which allow for the exchanges.