By Sade Williams
The Federal Government has said construction of shooting ranges at major airports in Nigeria is nearing completion as part of measures to train aviation security personnel in the industry. 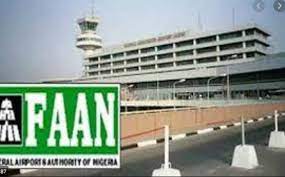 Hadi Sirika, the minister of aviation, made the disclosure while declaring open the maiden edition of the Federal Airports Authority of Nigeria (FAAN), Airports Council International (ACI) Africa, Security Week in Abuja on Monday.
Sirika, a former senator, said the federal executive council recently approved the deployment of (K-9) security at the country’s airports following the ministry of aviation presentation.
The minister, who was represented by Musa Nuhu, director general, Nigerian Civil Aviation Authority NCAA, said this is expected to upscale the safeguarding of national and international civil aviation against acts of unlawful interference in limits yet to be recorded in Nigeria’s history.
Sirika said: “We are working with FAAN and other stakeholders to quickly actualize the approval of the FEC for Aviation Security personnel to bear arms… we are currently addressing the challenges related to damaged, incomplete and non-existent perimeter fences at Nigerian [airports] because as the first layer of defence, airport perimeters will minimise attacks, prevent incursion and enhance general security.”
Rabiu Hamisu Yadudu, managing director, FAAN, said following the International Civil Aviation Organisation ICAO’s re-launch of the Year of Security Culture (YOSC) 2021, FAAN in collaboration with key stakeholders in November 2020 designed an approved AVSEC roadmap.
The roadmap, in line with the Nigerian Airports Security Week theme: ‘Promoting Security Culture in Nigerian Airports’, covers awareness workshops/seminars/symposium, policy and process articulation, enhanced security reporting system and community relations.
The rest are security communication, standardized/structured security awareness programme, signage, posters and announcements, increase in number of AVSEC instructors and functional training schedule/programme and background checks.

Yadudu said: “To move these policy issues into measurable actions, we have focused on capacity development for our security personnel whose professionalism has become a source of pride to the entire country.
“Aviation is technology driven. State of the art screening and surveillance systems are currently replacing old and epileptic systems in order to improve efficiency and assure satisfactory customer experience while enhancing security of flights, crew and passengers.”
He added that FAAN has strengthened its collaboration with host communities more than ever before and will continue to constructively engage them as critical partners in the journey towards building a robust security culture in and around airports.
“Our security communication is receiving the needed attention for operational efficiency and the next generation of AVSEC instructors are being identified, developed and certified,” he stated.
Usman Abubakar, FAAN’s director of aviation security services, said government should consider the formation a Rapid Response Squad capable of providing timely and professional interventions in any crisis and distress situations to arrest the ubiquitous and unconventional pattern of the new sets and levels of potential security threats against civil aviation in Nigeria and the Sahel/sub-Saharan region as a whole.
He said: “Considering the size, challenges and technological advancements, it has become very important to draw management’s kind attention towards the approval of additional general managers position in line with the directorate’s restructured organogram.”
Businessamlive Website Stats