Nigerians’ familiarity with and  living in darkness may not change soon as the power assets in the country suffer from the weight of renewal and new investments. Now, darkness may soon engulf the country as the nation suffered yet another system collapse as the nation’s power generation fell to a record low on Tuesday following the collapse of the national grid on Monday night. 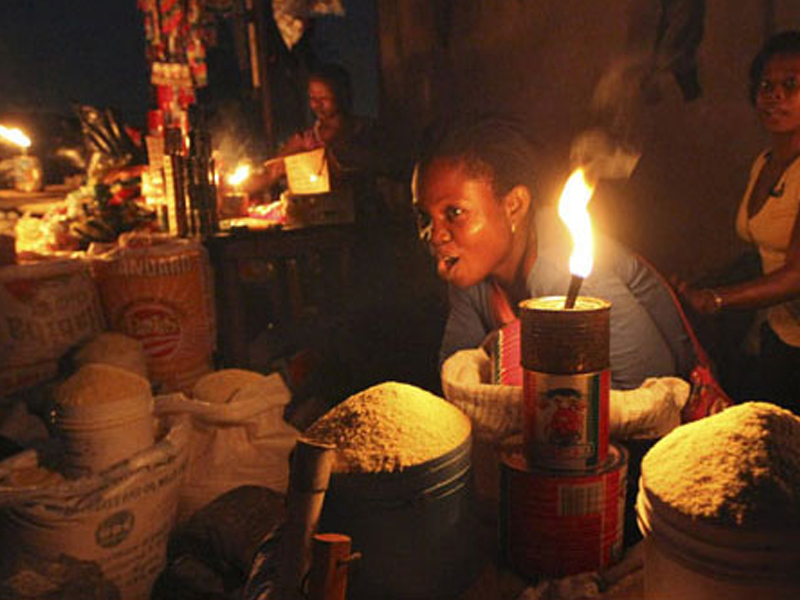 A  nation of 180 million people currently rely on about 5000MW of electricity which pale to insignificance compared to South Africa’s 40,000MW for a lottle above 40 million people.
Data from the Nigeria Electricity System Operator, an arm of the Transmission Company of Nigeria, stood at 1,675MW as of 6.00 am on Tuesday.
“System disturbance: This is to announce that the grid experienced system collapse at 23:44hrs on 15th April. System restoration commenced immediately and has advanced. TCN management has commenced an investigation to ascertain the cause(s) of the collapse. Attendant discomfort is regretted,” the TCN said on its official Twitter handle.
The system operator put the nation’s installed generation capacity at 12,910.40MW; available capacity at 7,652.60MW; transmission wheeling capacity at 8,100MW; and the peak generation ever attained at 5,375MW.
The nation generates most of its electricity from gas-fired power plants, while output from hydropower plants makes up about 30 per cent of the total.
In February, the TCN announced that the national grid successfully transmitted a new power generation peak of 5,375MW on February 7, 2019, at 9 pm.
It said it was the first time that the grid had generated, transmitted and distributed such quantum of power, describing it as evidence of the success of the government’s policy on incremental power.
The TCN, which manages the national grid, is still fully owned and operated by the government.
The grid has continued to suffer system collapse over the years amid a lack of spinning reserve that is meant to forestall such occurrences.
Spinning reserve is the generation capacity that is online but unloaded and that can respond within 10 minutes to compensate for generation or transmission outages.