The dawning realisation that Nigeria’s economic growth is fast creeping from oil dependency has raised the call for economic diversification and one of the most realistic opportunities that can offer Nigeria the much needed extensive revenue growth as envisaged by economic analysts is the exploitation of the once buoyant but untended agricultural sector. 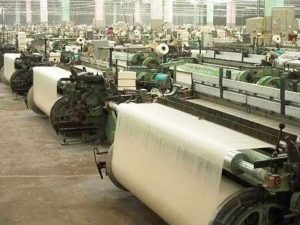 Nigeria’s diverse climate and arable land mass has been noted to produce some of the most renowned and primary agricultural products and cash crops.

According to data presented by the United Nations Food and Agriculture Organisation (FAO), the 32nd largest country in the world was rated the 9th most arable country, an indication that the country has the potential to produce an immense agricultural output and capable of being a world leader in production of various agricultural products if the sector is properly harnessed with the provision of enabling structures.

Agronomists opine that one of the agriculture sectors in which Nigeria has a competitive advantage but has been unable to maximise its capability, is the lucrative cotton industry currently estimated at $38.45 billion and expected to reach $46.56 billion by 2027, with a compound annual growth rate (CAGR) of 2.74 per cent from 2020 to 2027 (Global Cotton Market data).

The remunerative opportunities in cotton farming as a major cash crop has also proven to be expansive as a result of its numerous derivatives and value chain including; cotton fibres spun into threads used in making textiles, yarn production used in crochet and knitting, production of cotton buds and cotton wool, production of currencies such as the euro and the US dollar, among other uses.

Commenting on the value of cotton, Salmanu Abdulahi,president, Cotton Ginners Association of Nigeria, noted that with improved seedlings, a cotton farmer is able to produce at least four tonnes per hectare and a farmer can fetch close to N1 million.

“ I don’t think there is any agricultural product that is produced today that gives the farmer better income than cotton. The competing crops of cotton have been soybeans and maize but even with improved varieties of both crops, they cannot match cotton’s productivity,” he said.

In Nigeria, cotton production has been discovered to flourish best in the savannah region consisting the northern and southwestern parts of the country. Katsina is rated as the largest cotton producing state in the country while Bauchi,Borno,Gombe,Jigawa,Kaduna,Kebbi,Kwara,Ogun,Ondo,OyoPlateau,Sokoto,Taraba,Yobe and Zamfara states are recognised as major locations where the crop can thrive under proper management practices.

Dwelling on Nigeria’s cotton production capacity, Financial Derivatives Company Limited (FDC), a Lagos-based business information, economic data and research company noted that in 2010, Nigeria recorded a total production capacity of 602,440 metric tonnes and was rated Africa’s largest cotton producer and 12th largest producer globally. The research-oriented company reported a decline in Nigeria’s cotton production, noting that the country’s cotton output plunged by 51.66 per cent to 291,207 metric tonnes in 2017, falling to sixth position in Africa’s production ranking and 22nd in the world. Export revenue from the clop also nose-dived from an estimated $570 million in 2010 to $6.07 million in 2017.

According to a joint report by the Organisation for Economic Co-operation and Development (OECD) and the Food and Agriculture Organisation (FAO) , Nigeria’s cotton production share in Africa stood at 27.89 per cent by the end of 2020. The OECD-FAO agriculture outlook however warned that the country’s production share in the continent is likely to decline by 7.60 per cent in 2029 unless the country ramps up production.

including; low yields due to poor quality seeds, pest damage,loss in production caused by insect infestation, low yield,conflict in demand and supply. The decline in Nigeria’s production has also been pinned on the collapse of local textile industries following the influx of foreign fabrics of inferior qualities which were sold at cheaper rates. The foreign brands gradually dominated the Nigerian markets to the detriment of local manufacturers who were hitherto largest consumers and processors of locally grown cotton.

Nigerian Investment Promotion Commission (NIPC), in its opportunities and incentives report, divulged that Nigeria was once at the forefront of the textile industry in Africa, with over 250 factories all operating above 50 per cent capacity with the use of home-grown cotton. The rising importation of cotton fabrics from China and other foreign countries made local production an unattractive venture and also discouraged local farmers as their livelihood sources diminished, the report stated.

Salmana Abdullahi blamed state governments in cotton producing regions of the country for failing to invest in the cotton industry. “There are 26 cotton growing states in Nigeria and each of these states have ministries of agriculture with directors and the rest who get paid salaries despite failing to perform their duties and instead, leave everything to the private sector and federal government. None of the states is showing key interest to ensure that the farmers are maximally utilized and encouraged to produce,” he lamented.

Rose Gidado, coordinator, Open Forum on Agriculture Biotech in Africa, said investments in research and development projects and biotechnology to promote pest resistant crops and boost quality cotton production has often been a challenge to the government. This, she said, would continue to besiege the cotton industry if not fully addressed.

On his part, Hamma Kwajaffa, director general of the Nigerian Textile Manufacturers Association (NTMA), said the country spends about $4 billion annually on import of textiles and ready made clothing from other cotton producing countries albeit at cheaper rates, which makes it extremely difficult for local industries to operate or compete favourably.

Kwajaffa also blamed the illicit activities of textile counterfeiters for the decline of the local industry. According to him, the counterfeiters take local textile designs to China where substandard materials are produced, transported to Nigeria and sold for about N1,000 per yard compared to the N4,000 price for the original quality sold by the local producers, tactically pushing them out of the market.

He asserted that to resuscitate private sector investments in the cotton and textiles industries, the government needs to sustain import ban on textile and also check the activities of counterfeiters by properly manning the borders.

Speaking on how the cotton production can be improved, Solomon Bamidele, a biotechnology cotton researcher and professor of Chemical engineering, emphasised the need to adopt biotechnology to produce high yielding pest/drought resistant crops. He also called for increased financial support to farmers as well as agricultural institutes to facilitate implementation of breeder and foundation seeds to meet the industry’s demands and address lack of properly treated and certified planting seeds.

Bamidele also suggested the implementation of policy measures by the government to regulate cotton price as well as establishment of more extension linkages to enlighten cotton farmers on the adoption of new cultivation techniques, appropriate planting operations and innovations to encourage maximum productivity.

Anibe Achimugu,president, National Cotton Association of Nigeria, raised optimism the intervention of the CBN-facilitated Anchor Borrowers’ Programme (ABP) in the cotton industry, including the approval of N19.18 billion loan to nine cotton processing firms to boost mainstream operations and productivity would lead to an increased production of quality cotton.

Achimugu, who is also the MD/CEO of ArewaCotton, a cotton farming, ginning and trading company, recounted that in 2018,prior to CBN’s intervention,67,00 cotton farmers produced 80,000 metric tonnes of cotton. He noted that the cotton industry, supported by the CBN through procurement of funds and farm implements, produced 125,000 metric tonnes of cotton in 2019 and has ever since, experienced better output.

Achimugu, who is also the MD/CEO of ArewaCotton, a cotton farming, ginning and trading company, recounted that in 2018,prior to the CBN’s intervention,67,00 cotton farmers produced 80,000 metric tonnes of cotton. He noted that since the CBN began supporting cotton producers, they have recorded better outputs, producing 125,000 metric tonnes in 2019 and over 130,000 tonnes in 2020 despite challenges of the covid-19 pandemic.

Industry experts aver that the cotton industry shouldn’t be solely focused on textile production but extended across value addition ventures such as the pharmaceutical industry, consumer goods industries, beauty and cosmetic industries and other numerous sectors which will further enhance the commercial and export value of the cash crop, create job opportunities for thousands of Nigerians involved in the value chains and also revamp cotton’s potential as a leading commodity in the country’s economic diversification plan.