Nigeria’s bookings for the 2019 pilgrimage to Mecca rose by 21 percent, after 520 bookings higher than last year were recorded, a report from Travelport has shown. 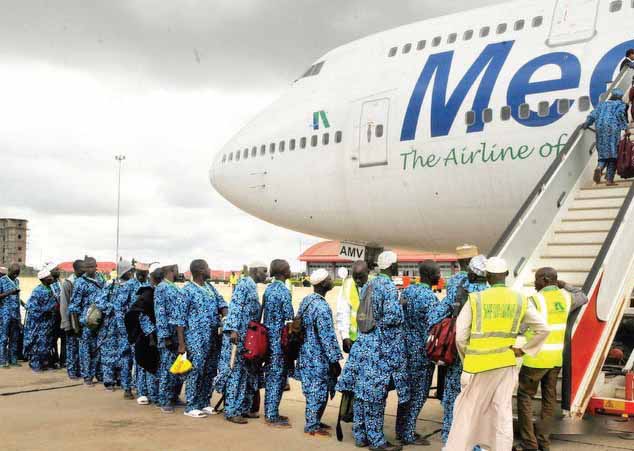 African countries took up 20 percent of global bookings for hajj, in which Morocco sees the highest growth by volume with an increase of 1,078 bookings, representing 34 percent rise, while Cameroon is fastest growing  with an over 12-fold increase in bookings (up by 503; +1143 percent).

According to Travelport’s analysis of available data, flight bookings made via the global distribution systems (GDS) to airports around Mecca from Africa were down by 17 percent this year. This was largely due to a decrease in the number of bookings made in Egypt (-17 percent). However, the North African country did still record the greatest number of flight bookings through a GDS out of any country globally (49,477).

Overall, bookings made in Africa represented 20% of total bookings globally.

Advanced flight bookings to airports around the holy city of Mecca ahead of this year’s Hajj also increased from Asia, Europe and Oceania, according to research by Travelport, a leading technology company serving the global travel industry.

Bookings from North America are flat on last year and travel from South America and Africa is slightly down on 2018 numbers.

“Every year, in excess of one million people from all over the world fly into western Saudi Arabia to perform Hajj, making it one of the largest annual spikes in global air traffic. To manage numbers from overseas, Saudi Arabia sets quotas for countries based on their Muslim population. Local governments and licensed private travel companies then begin allocating places for citizens,” the report noted.

Damian Hickey, Global vice president and global head of Air Travel Partners at Travelport, said: “There are many things that influence the decision to travel, especially when it comes to something as personal as performing the Hajj. For some, economic conditions and increased allocations from the government in Saudi Arabia could make this year the ideal time for this once-in-a-lifetime opportunity. Others may be looking at their situation and thinking that it might be better to wait; this diversity of push and pull factors was certainly evident in the travel trends that we’ve seen around the globe.”

Asia recorded the greatest growth in flight bookings made through GDS to airports around Mecca this year in terms of volume, with bookings up by 11,284 (+5%).

On a country level, the greatest growth came from Bangladesh, with bookings up by 13,906 (+171 percent). The South Asian country is one of five countries (Bangladesh, Indonesia, Pakistan, Malaysia and Tunisia) benefiting from the Mecca Route initiative, a new service offering immigration pre-clearance for pilgrims at their points of embarkation.

The United Arab Emirates recorded the second-highest rise, up 3,981 (+17 percent); followed by Qatar, up 3,278 (+217 percent), a country where pilgrims can now register for their Hajj using dedicated ‘electronic gates’.

Hickey added: “In recent years we have seen an increase in efforts to introduce policies and technologies that make the Hajj, which has often been compared to hosting an Olympics Games each year, a more convenient experience for the global Islamic community. Our analysis suggests that these initiatives may well be having a tangible impact, which is encouraging from a technological standpoint.”

The greatest number of flight bookings made through GDS in Asia, wasmade in India (44,611). Overall, bookings made in Asia represented 64 percent of total bookings globally.

Europe was shown in the analysis to have recorded the second greatest growth in flight booking volume through GDS to airports around Mecca this year, with bookings up by 1,966 (+6%).

The greatest growth and greatest volume of bookings were registered in the United Kingdom, which was up by 2,237 (+13 percent) to 19,798, though this does represent a slowdown in the 47% growth seen in 2018.  The second and third greatest increases in the region were all recorded off low bases from Bosnia and Herzegovina, up 562 (+173 percent), and Sweden, up 310 (+168 percent).

Unlike Muslim-majority nations, countries with a minority Muslim population in the West are not subject to the same Hajj quota of 1,000 pilgrims per million of population.