Nigeria has not violated the free movement of people guaranteed under the Economic Community of West African States (ECOWAS) Treaty over its decision to close land borders to reduce crime, especially smuggling. 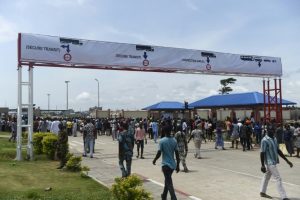 This was part of the resolutions of the Daily Trust Board of Economists’ emergency meeting in Abuja contained in a communiqué signed by the Chairman of the board, Prof. Nazifi Abdullahi Darma.

The recent border closure, the pronouncement by the Federal Government to restore national development planning, review of the crude oil Production Sharing Contract Act, Nigeria’s power challenges and concerns over debt to revenue ratio dominated discussions at the meeting.

On border closure, the board recognised that although Nigeria is a signatory to ECOWAS treaties with respect to open borders and free trade, it has been used as a transit point for cross-border transactions of all types, resulting in security breaches which are contrary to ECOWAS free trade protocols of importation based on documentation.

The board said the border closure would have been avoided if not for the parlous state of Nigeria’s seaports, which is a great cause for concern as it is a disincentive for importers and exporters, some of who have resorted to the use of land borders.

The board posited that, “Successive governments have apparently handled Nigeria’s main seaport in Lagos State with much levity, and Apapa remains a symbol of inefficiency and chaos due to the almost total collapse of infrastructure, perennial logistics nightmare and duplication of functions in the goods clearing process.”

It emphasised the need to open up, develop and standardise other ports within the nation while providing complementary infrastructure and linkage required for their efficient functioning.

The board further posited that, “As our land borders remain closed, the spike in the price of domestic rice has indicated domestic policy failure in the area of food production contrary to the claims by the authorities. This is evident in the fact that the price of local rice has spiked from N12,000 to N18,000 in the last one month.”