Nigeria, in January and February, imported a total of 986, 492 metric tonnes of petroleum products representing 1,387,410,984.2 litres of fuel, data from the Nigerian Ports Authority Shipping Position revealed.
Frozen fish topped the nation’s imports for the month of February, as the country reportedly imported 2.463 million metric tonnes of the product in the month under review.
The figures also showed that the fuel import in January was higher than February as a total of 705, 185 MT of fuel was imported compared to only 281,297 MT imported in February.
The shipping position of the NPA is a document that shows the volume and types of cargoes that are brought into the country on a daily basis.
It also shows the type of vessels involved in the affreightment of the goods just as it also indicates the ports of discharge and the shipping agencies attached to the vessels.
According to the shipping position document, 24, 266 MT of Aviation Turbine Kerosene, which is also known as Jet A1 of aviation fuel was imported during the period under review against 98,512 MT of Automotive Gas Oil, otherwise known as diesel, imported in the same period.
A breakdown of the figure also showed that while a total of 902,392 MT came through the Lagos ports, 84, 100 MT was brought into the country through the Calabar port.
The shipping position also indicated that Premium Motor Spirit (petrol), led other petroleum products.
Other imports topping the chart include bulk sugar with 318,400 MT and wheat with a total of 263, 552 MT in the last two months.
For general cargoes, a total of 126,119 MT were recorded for both months, while 118, 688 MT was recorded in February, 7,431 MT came into the country in January.
A further breakdown of the figure showed that frozen fish recorded 23,165 MT as against 15, 344 MT of containerised cargoes, while bulk salt import stood at 23 MT
Reacting to the development, Chairman of the Port Consultative Council, Chief Kunle Folarin, said that the need for the use of imported fuel would continue to rise as long as the local refineries performed below expectation. 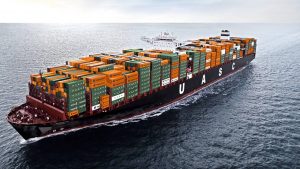 He explained that the refineries were more than 50 years old and could not perform optimally.
He said “The refineries are epileptic; they are more than 50 years old, you cannot expect them to be optimal in their production and they are not producing 24 hours and seven days a week.
“From what we know, the need for the use of fuel is rising every day; we don’t have a public transport system that mass transits people, so everybody has to put their vehicles on the road.
“The rail which could conveniently lift 400 people at a time is not in the corridor of the metropolis.”
Also reacting, the Director-General, Lagos Chamber of Commerce and Industry, Mr Muda Yusuf, said the scenario reflected the kind of cost the economy was bearing due to non-functioning refineries in the country and the lack of policy framework to aid the viability of the downstream sector.
He said, “It shows the kind of pressure fuel importation is having on our foreign reserve.
“What the Muhammadu Buhari administration should do in its second term is to quickly fix the refineries and put a policy framework that allows the private sector to participate effectively in the downstream sector because this is a downstream sector problem.
“We cannot continue this way. Of all major oil producing nations, Nigeria is the only one that imports fuel in such a huge magnitude. The proposal to get the government to privatise the refineries did not fly. Also, the Petroleum Industry Bill that is supposed to be the major instrument to reform the sector has not been heard of.”
Yusuf frowned on a situation where the downstream sector was completely dominated by the government, saying that the sector needed to be liberalised instead of the current situation where all the marketers depended on the Nigerian National Petroleum Corporation for supplies.
“All the money we are supposed to use in fixing roads and other infrastructure is spent on fuel importation,” he lamented.
Meanwhile, the NPA said on March 6 that 31 ships were expected in Nigeria with various products, adding that three of the ships bore petroleum products.