Nearly half of the liquefied petroleum gas, also known as cooking gas, consumed in the country in the first three months of the year was imported from India and five other countries. 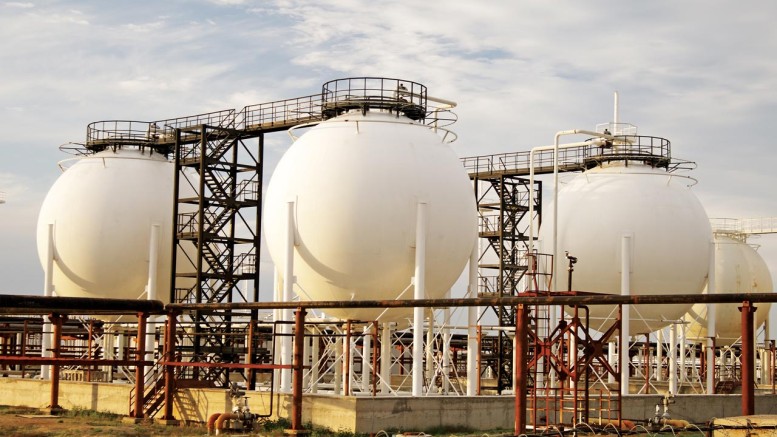 The country, which is home to the largest natural gas reserves in Africa and the ninth largest in the world, has continued to suffer supply shortage over the years.
Data from the National Bureau of Statistics on Tuesday showed that 47 per cent (146.14 million litres) of the LPG supply in the country in the first quarter of this year was imported while 53 per cent (164.71 million litres) was produced locally.
The United States accounted for 46 per cent (67.10 million litres) of Nigeria’s LPG imports in the period, while India, Trinidad and Tobago, Algeria, Argentina, and Equatorial Guinea supplied the remaining one per cent.
Nigeria imported 61.39 million litres of LPG in January, while 33.22 million litres were produced locally.
The country imported 26.60 million litres and 58.15 million litres in February and March respectively while 55.72 million litres and 75.77 million litres were produced locally in February and March respectively.
It bought 12.95 million litres of LPG from India in January; 12.95 million litres from Algeria in January; 14.64 million litres from Argentina in February; 21.74 million litres and 4.69 million litres from Equatorial Guinea in January and February respectively; and 17.59 million litres from Trinidad and Tobago in March.
The US exported 19.29 million litres, 7.26 million litres and 40.55 million litres of LPG to Nigeria in January, February and March respectively.
According to the Nigerian National Petroleum Corporation, the country has around 202 trillion cubic feet of proven gas reserves plus about 600 trillion cubic feet unproven gas reserves.
“Out of 8.5bscfd of natural gas production in Nigeria, only 18 per cent of natural gas produced is being utilised by the domestic market. A large percentage of the gas produced is used for the export market. Re-injection is 32 per cent and flared gas stands at seven per cent,” the Group Executive Director/Chief Operating Officer, Gas and Power, NNPC, Mr Saidu Mohammed, said at an industry event last month.
Last month, the Nigerian Association of Liquefied Petroleum Gas Marketers commended the Federal Government for the removal of Value Added Tax on locally produced LPG.
The marketers and other industry stakeholders had over the years complained about the VAT being charged on locally sourced LPG, saying the tax made the cost of buying the locally produced LPG high, compared to imported cooking gas.
The President of the association, Mr Nosa Ogieva-Okunbor, said, “The clamour for VAT removal from domestically produced Liquefied Petroleum Gas has been of perennial concern to members of our association. The good news received by our association and the LPG industry is that the Federal Government has finally signed the approval of VAT removal on LPG and gazetted same which makes it an official pronouncement.”
He said the increased awareness of LPG usage had seen consumption in Nigeria grow from 50,000 metric tonnes in 2007 to over 600,000MT in 2018 with more indigenous investments in LPG bottling plants.

OPEC’s output rose to the highest this year