Godwin Emefiele, the governor of Central Bank of Nigeria (CBN), says Nigeria imports cassava derivatives valued at about 600million dollars annually. Emefiele disclosed this at a meeting with state governors of cassava producing states in Abuja on Thursday. 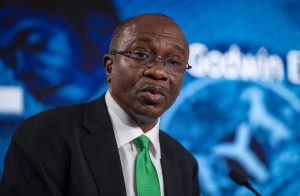 The CBN also signed memorandum of understanding (MoU) with Nigeria Cassava Growers Association and large scale cassava processors at the event He explained that the country was blessed with several varieties of cassava that could be explored to optimum potential. He however pointed out that there was need to adopt improved varieties and practices that would guarantee better yield, better processing efficiency, increased profit and improved standard of living for the farmers.

“In achieving this goal, we are holding consultations with the International Institute for Tropical Agriculture (IITA), Ibadan and the National Root Crops Research Institute, Umudike. Apart from foreign exchange conservation, increasing cassava production is a necessity as starch, glucose, sorbitol and other products currently being imported.
“Statistics show that out of the 53.0 million metric tonnes of cassava produced in Nigeria annually, more than 90 per cent is processed into food for human consumption. Whereas a significant industrial demand exists for the output of processed cassava, primarily as substitute for imported raw materials and semi-finished products.
“Potential demand that exists in our cassava value chain, demand for high quality cassava flour (HQCF) in bread, biscuits and snacks is above 500,000 tonnes annually while supply is below 15,000 tonnes.
“Demand for cassava starch is above 300,000 tonnes annually while supply is below 10,000 tonnes” he explained.

According to him, the demand for cassava-based constituents in sugar syrup is above 350,000 tonnes annually while supply is almost non-existent. He added that potential demand for ethanol in the country as a fuel for cooking, to power vehicles (E10), and other industrial uses exceeded one billion litres, while production was nearly zero.

Emefiele noted that CBN was taking bolder steps in collaborating with the private sector, State Governments in Nigeria’s cassava producing areas and other stakeholders towards resuscitating the cassava sec