For the seventeenth consecutive month since Nigeria last recorded a fall in inflation numbers at 11.02 per cent in August 2019, the consumer price index, (CPI) which measures inflation, rose to 16.47 per cent (year-on-year) in January 2021. This is 0.71 per cent points higher than the 15.75 per cent recorded in December 2020. 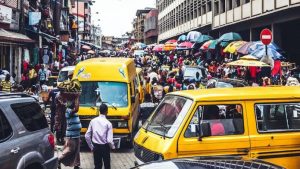 The inflation report released Tuesday by the Nigeria’s National Bureau of Statistics (NBS) also shows that headline inflation witnessed an increase in all the 12 classifications of individual consumption by purpose. Aggregate inflation for the 12 classification recorded a 0.12 percentage points decline posting a positive 1.49 per cent month on month increase in January 2021 from the 1.61 per cent recorded in December 2020.

But a major driver of the headline inflation for January was the food index which rose to 20.57 per cent in the month under review from 19.56 per cent in December 2020. According to the NBS report, the rise in the food index was caused by increases in prices of bread and cereals, potatoes, yam and other tubers, meat, fruits, vegetable, fish and oils and fats. Similarly, the food sub-index fell to 1.83 per cent month on month comparison, a 0.22 percentage points, from 2.05 per cent recorded in December 2020.

Top of the increases recorded during the period under review include the rise in the prices of flight tickets, hospital and medical services, bus tickets, essential pharmaceutical and paramedical services, furniture repairs, spare parts of motors cars, personal transport equipment and maintenance repairs and housing services.

These recorded increases spurred the core inflation, which does not include the prices of volatile agricultural produce, to rise 0.48 per cent to 11.85 per cent in January 2021, from 11.37 per cent recorded in December 2020.

AfDB: My accusers have no evidence – Akinwumi Adesina