The Nigerian government on Tuesday said  it has initiated some policy measures  to ensure that revenue leakages from the nation’s mining sector were plugged and also make the industry more investment-friendly. 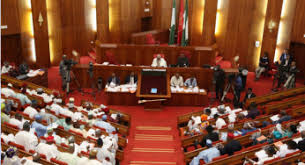 Olamilekan Adegbite, the country’s minister of mines and steel development, made this known during a roundtable session at the ongoing 25th Nigerian Economic Summit, NES, in Abuja

Adegbite said government was considering the training and subsequently empowering of young graduates for the purposes of helping in monitoring volume of minerals evacuated from mining sites nationwide and the amount of revenue accruable to government from such activities.

According to him, the development has become imperative in view of the fact that there are few  federal mining officers in some states where mining operations are being carried out.

He explained that the young graduates would complement the work of the field mining officers by covering areas not being monitored by the latter.

He cited Ogun State where quarrying activities are being carried out but where reliable data on what is being extracted and revenue due government are not available, amongst other locations requiring proper monitoring nationwide, saying that this cannot be allowed to continue.

“We also realise that the rules are in place, what is required is monitoring and enforcement. We are now proposing something, which is we could get young graduates, send them to get certain experience, we pay them minimum wage and we assign like about 20 to every mine officer and they can monitor, thereby generating more revenue for the government. That is what we are thinking, it is not crystallised yet,” Adegbite said.

The minister also spoke about plans by government to create linkages among the three critical agencies in the Nigerian mining industry, namely, the Mining Cadastre Office, the Nigerian Geological Survey Agency, (NGSA) and the Mining Inspectorate with a view to holistically capturing the activities in the sector.

To ensure this, he disclosed that government had commenced the digitalization of operations in the Cadastre Office and the NGSA to allow real-time monitoring of licence holders, activities of each miner across the country from anywhere in the world