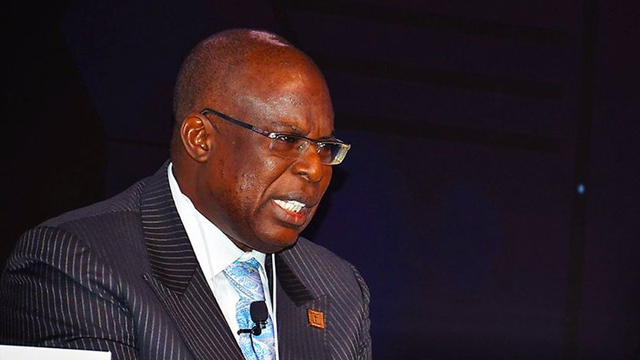 The federal government on Friday said crude oil price would rebound by at least $15 per barrel in the short term following the latest intervention of the Organisation of Petroleum Exporting Countries and its allies, jointly referred to as OPEC+.

Timipre Sylva, minister of state for petroleum resource, said the rebound could translate to additional revenue of $2.8bn for Nigeria.

He said, “It is expected that this historic intervention when concluded will see crude oil prices rebound by at least $15 per barrel in the short term, thereby enhancing the prospect of exceeding Nigeria’s adjusted budget estimate that is currently rebased at $30 per barrel and crude oil production of 1.7 million barrels per day.

“The price rebound may translate to additional revenues of not less than $2.8bn for the federation.”

Sylva, who disclosed this in a speech he personally signed, stated that Nigeria joined OPEC+ to cut crude oil supply by up to 10 million barrels per day between May and June 2020, eight million bpd between July and December 2020, and six million bpd from January 2021 to April 2022.

He stated that based on reference production of Nigeria in October 2018 of 1.829 million bpd of dry crude oil, Nigeria would now be producing 1.412 million bpd, 1.495 million bpd and 1.579 million bpd respectively for the corresponding periods in the agreement.

“This is in addition to condensate production of between 360-460 KBOPD of which are exempted from OPEC curtailment. The agreement awaits close out of ongoing engagement with Mexico to agree on its full participation,” the minister stated.

He said it was pleasing to note that despite the production curtailments that this historic agreement would entail, all planned industry development projects would progress as they would be delivered after the termination of the 9th OPEC/Non-OPEC Ministerial Meeting Agreement on adjustments in April 2020.