As an agronomist and cocoa breeder, what is your assertion about China’s recent cocoa production and exportation and the implication for Nigerian cocoa producers and exporters?

Cocoa is grown between latitude 20 degree North and 20 degree south of the equator across the world. That is why; it is cultivated across some countries in South America and the African continent, parts of Asia, northern part of Australia and the Southern part of the Pacific (Papua New Guinea). 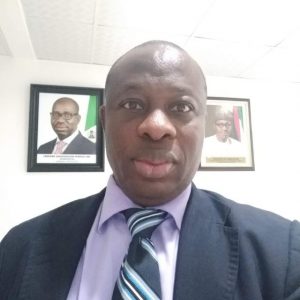 Africa has been a major producer of cocoa for over a hundred years and for us, we see it as a strength but based on SWOT analysis, it is also a threat to the global economy, because if anything happens to cocoa in Africa, particularly West Africa, it will affect the global cocoa economy.

About thirty years ago or thereabouts, the global cocoa players had been trying to see that cocoa is grown in other territories aside Africa and many investments were made in countries such as Vietnam, Malaysia but Africa has the landmass and most appropriate environment for cocoa production.

For me, China is welcome but their production is not a threat to what we produce over here. However, the challenge is that we have been cultivating our cocoa manually the same way for ages without any significant evolution. In this new generation, we have to talk about mechanising cocoa operations and utilising bio systems to enhance abundant production and improve the quality of our cocoa.

Producing cocoa in this new age goes beyond using cutlass and other crude implements used by previous generations. There has to be a switch from small-scale farming to commercial based production from one or two hectares to about 10 to sixty hectares. That is when the producers can actually benefit from the immense wealth potential of cocoa production.

The edge, which countries such as Australia, Brazil and China have over Nigerian cocoa producers, is that they have been deploying technology to boost large-scale production. To maximise cocoa production, it has to be large scale. We should not see China as a threat because the competition is good for business but it should be seen as a wake-up call to reinvent cocoa production in Nigeria.

It has been argued that cocoa producing countries in Africa do not have good pricing or bargaining power in the export market. Is that argument actually tenable now after many decades of exporting the commodity?

The way the market is structured; cocoa is sold in the futures market according to origin. Futures market is different from the other type of market where you negotiate at a price agreeable. The futures market, just like the stock exchange, is not a physical market but it determines the price of cocoa and other agro-commodities. The price of cocoa is also determined by factors such as product quality, policy/control system in place, economic and market stability.

At present, Ghana has the highest price for a tonne of cocoa followed by Côte d’ivoire. Ghana gets the highest price for Africa because of the quality that is guaranteed and assured through their system, active cocoa board and deliberate investments by the government in the cocoa sector, which gives confidence to the buyers in terms of quantity, and quality unlike Nigeria where there is no serious enforcement of regulations.

As a result, Nigerian cocoa is not highly priced and the premium is sold at a discount compared to that of Ghana and Cote d’ivoire.  Another factor that determines cocoa pricing is market segmentation. The type of cocoa produced here is known as Forastero. In the global market, it is called ‘bulk cocoa’ and is the most widely grown cocoa variety accounting for over 80% of world production. It is different from the type of cocoa known as “fine cocoa” or trinitario, which is not as bitter as the one we produce here.

Some countries are designated as producers of fine cocoa in Latin America, Dominican Republic,Trinidad and Tobago, Venezuela, Costa Rica as well as Madagascar in Africa. It is a very small quantity of this cocoa variety that grows to the world market and is priced higher than the bulk cocoa common to West Africa.

Asides these traditional arrangements, there are special arrangements where the chocolate producer comes with a bilateral agreement with large cocoa farms and purchases the crops directly after harvesting. In that case, they sell above the world market price.

The 500kg cocoa worth about $3,600 exported by China to Belgium is likely to be a special arrangement to encourage the Chinese producers and does not come within the range of the world market price. Traditionally, cocoa is sold on the futures market and that is what dictates the world price.

That is why recently, Cote D’ivoire and Ghana came up with the Living Income Differential (LID) where the buyers would have to pay an extra $400 for each tonne aside the fixed world market price to support smallholder farmers and the buyers and chocolate manufacturers are left with no choice but to comply. When you have the power, you can also disrupt prices and this is what Ghana and Cote D’ivoire have been able to achieve.

What is your view on Africa’s continuous reliance on exportation of raw cocoa compared to industrialised production to boost local consumption of fully processed cocoa derivatives?

We need to move towards cocoa processing aside raw production, as this would play a major role in increasing our cocoa profit share in the world market. The ratio per capita for cocoa processing is very high. As a result, the government needs to create partnerships with indigenous investors in this aspect.  This would expand the value chain of the cocoa sector and create more jobs for the populace. Today, Cote D’ivoire has overtaken The Netherlands as the largest producer of processed cocoa in the world.

However, those who own the processing facilities are not Ivoriens but foreigners and transnational corporations. Nigeria should have been the largest processing country in Africa but the investment environment is harsh and that has affected many companies in the country. African governments should support indigenous investors.

You were instrumental in bringing an American into Nigeria to invest in chocolate production. Can you tell the story and its impact on the perception of the cocoa value chain business model in Nigeria?

When I was technical adviser to the former agriculture minister, investment in the chocolate industry was one of my priorities. The chocolate factory known as the Sunshine Chocolate Factory is located in Ondo State, the largest cocoa producing state in the country. It is a partnership between a United States company and the government and I think, it is making good progress.

What that has done for us is the realisation that with sound investment, we can actually manufacture chocolate even if it is at a smaller scale compared to top manufacturers such as Hershey, Mondelez and the likes but it is okay if we are able to begin manufacturing at a small scale. Manufacturing in this aspect goes beyond processing cocoa into cocoa butter and liquor as it entails the final production stage.

What do you think are the unique qualities the American investors saw in Nigeria’s cocoa, which the Nigerian government and local business community need to exploit?

Nigerian cocoa has very high butter content. Nigerian cocoa alongside that of Ghana were regarded as the best in the world but over the years, poor management and disorganised production systems had relegated Nigeria to a subdued position in the world market.

Looking at Nigeria’s current position in the cocoa industry, what are the things you think are missing and how can they be put in place for a sustainable cocoa industry?

Provision and access to improved and affordable farming materials should be a major priority. Quality improvement and control. Part of quality control is to provide incentives for farmers that do large processing. Right now, there is no difference between the price of a well-fermented cocoa and one that is not processed at all.

There is no incentive for farmers who make extra efforts in cocoa fermentation and many are discouraged from doing it. Above all, we need a commission or co-ordinating unit. Talking about Cote D’ivoire and Ghana, these two countries were able to coordinate cocoa production through cocoa boards and institutions.

We cannot be competitive if we do not have institutions around our cocoa. If we don’t have a commission controlling it, we are showing to the outside world that, we are not serious about it. It is when you have a governance framework that all these subjections can work.

We have been exporting cocoa for many years now, nothing has happened, and nothing will happen until something is done to create an institutionalised framework to guide and coordinate the cocoa industry and elevate its relevance as a major export earner and wealth generation commodity.