Ativities in Nigeria’s power sector may be deepened as the World Bank has made available $224.7 million for investment, a development expected to enhance the financial capacity of operators. 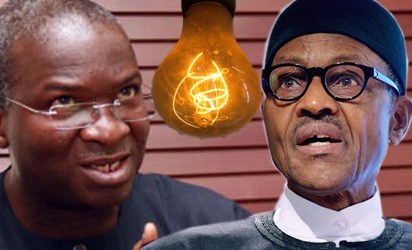 The board of the World Bank Group reportedly approved the fund for the Regional Off-Grid Electrification Project (ROGEP) in West Africa and the Sahel region. The breakdown showed that $150 million would come in the form of credit and grant from the International Development Association, IDA, and $74.7 million as contingent recovery grant from the Clean Technology Fund.
The World Bank stated that the fund would assist the West African Development Bank and ECOWAS’ Centre for Renewable Energy and Energy Efficiency expand off-grid access to electricity for countries, including Nigeria, Benin, Burkina Faso, Cabo Verde, Cameroon, Central African Republic, Chad, Cote d’Ivoire, The Gambia, Ghana, Guinea, Guinea-Bissau, Liberia, Mali, Mauritania, Niger, Senegal, Sierra Leone and Togo.
Speaking on the fund, coordinating director for Regional Integration in West Africa, Rachid Benmessaoud, stated: “So far, only three per cent of households in West Africa and the Sahel are served by stand-alone solar home systems, and 208 million people in the sub-region do not have access to electricity.
“The new project will help adopt regional standards and regulations to establish a regional market with harmonised policies that will attract larger market players for the benefit of all participating countries.”
It stated that although stand-alone solar systems have a large market potential in West Africa and the Sahel, investments in off-grid renewable energy have lagged behind in the sub-region.
Meanwhile, the Chairman, OPTS, Paul McGrath, said to realise the full benefits of gas as a catalyst for economic growth and diversification, several challenges across the entire gas value chain needed to be resolved.
According to him, the challenges include inadequate infrastructure along the value chain; regulated low prices, legacy debt related to gas and power supply and the challenging business environment.
He said: “The commercial and financial structures of the gas-to-power commercial value chain remain weak with growing arrears and uncertainty in the payment system which disincentivises gas investors. “To date, Nigeria’s domestic gas prices are kept at a regulated low price, which does not cover the cost required to fully develop its gas resources.”
He said of the 162 trillion cubic feet reported gas reserves in the country; about 75 per cent would require the building of new infrastructure to deliver the gas resources to the domestic market. “The current regulated gas price of $2.50 for one million British thermal units falls short of the price required to attract investment for these new gas developments.